Suicide bomber in Pakistan’s Lahore kills 25, many of them police

LAHORE, Pakistan (Reuters) – A suicide bomber killed at least 25 people, many of them police, in the eastern Pakistani city of Lahore on Monday, officials said, an attack which shattered a period of relative calm in Pakistan’s second-largest city.

The Pakistani Taliban claimed responsibility for the attack which wrought carnage near the Lahore Technology Park in the center of the city. Police deployed to clear street vendors from the area had been targeted, a police official said.

“We suspect that he (the suicide bomber) came on a motorcycle and he rammed it into a police checkpoint,” Lahore police operations chief Haider Ashraf told Reuters. 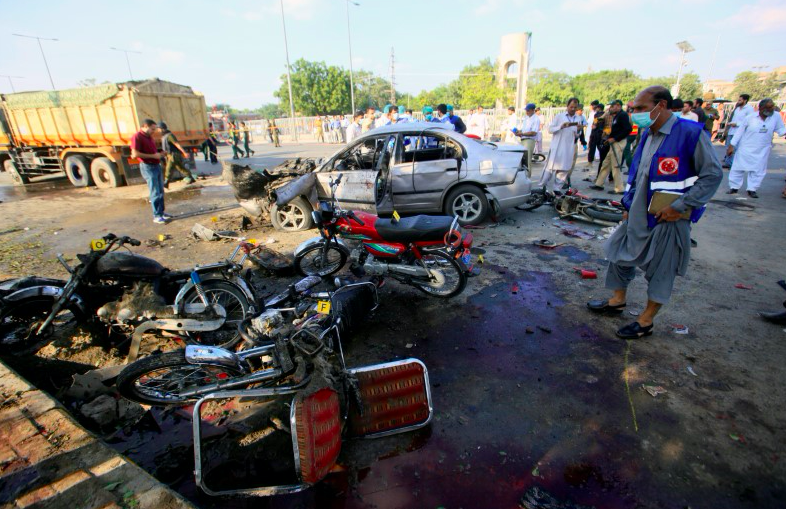 Rescue workers shifted the wounded to hospital and police officers cordoned off the bomb site as army troops also arrived at the scene.

“The death toll we have now is 25 dead and 52 are wounded,” said Jam Sajjad Hussain, spokesman for the Rescue 1122 service.

A wounded man sitting on the roadside was shown crying in pain on television amidst cars and motorcycles mangled by the blast. 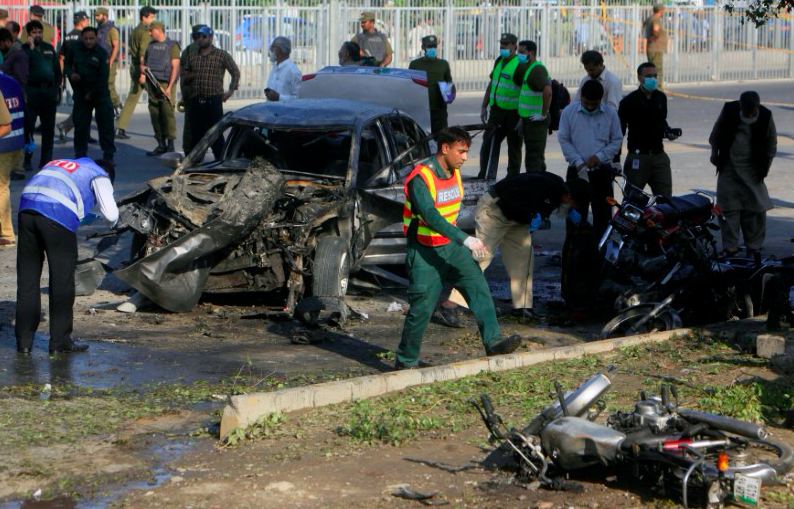 A rescue worker walks amid the crime scene after a suicide blast in Lahore, Pakistan July 24, 2017. REUTER/Mohsin Raza

Bomb blasts by militants are common in Pakistan, especially in tribal areas bordering Afghanistan, but attacks in Lahore have become less frequent in recent years.

Haider Ashraf, deputy inspector general of Punjab police, said the blast was a suicide attack and “police were the target.” 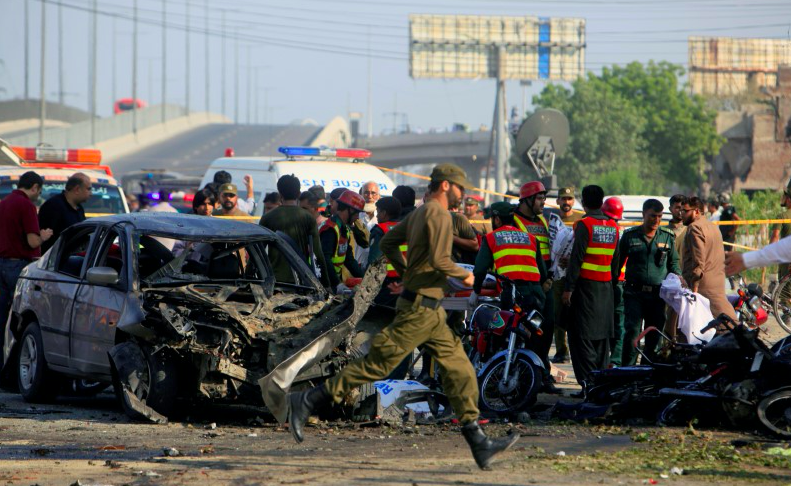 Interior Minister Chaudhry Nisar Ali Khan said the majority of those killed and wounded were police and warned the death toll could rise.

Prime Minister Nawaz Sharif condemned the blast in a statement and directed medical efforts for those injured.

In early April, a suicide attack on an army census team that killed at least six people and wounded 18 in Lahore was also claimed by the Pakistani Taliban.

After a series of attacks in February, including two in Lahore that killed over 20 people, Pakistan’s powerful military began a nationwide crackdown on militants.

(VIDEO) WWII veteran who survived Dunkirk on 'Dunkirk' film: 'It was just like I was there again'