It’s a little blurry, but a new photo discovered in the National Archives possibly portrays Amelia Earhart, who was thought to have died over the Pacific Ocean during a plane crash in 1937 when she and her navigator, Fred Noonan, attempted to fly to Howland Island, an island in the middle of the ocean southwest of Hawaii and northeast of Australia. 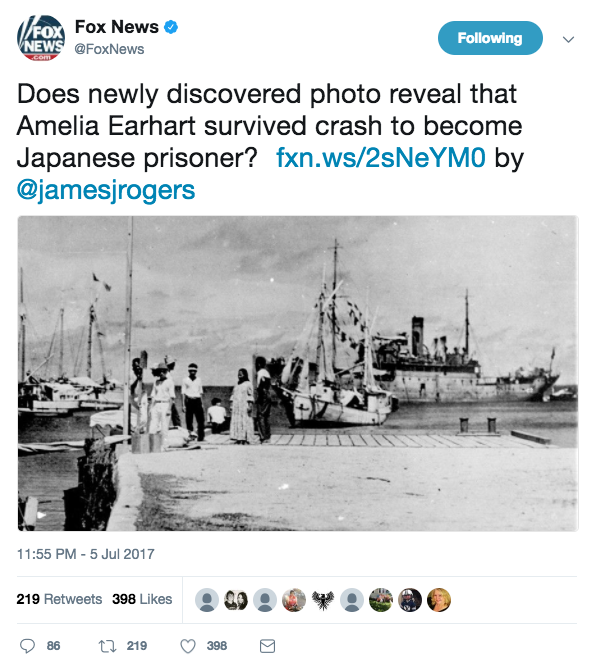 Earhart was thought to have died during the crash while she was trying to become the first female pilot to circumnavigate the world. She was declared legally dead in 1939; however, her remains or Noonan’s remains were never found.

This recent photographic discovery has led some to believe that Earhart might have survived the crash, and was then held hostage by the Japanese military on Jaluit Atoll in the Marshall Islands, according to reports. 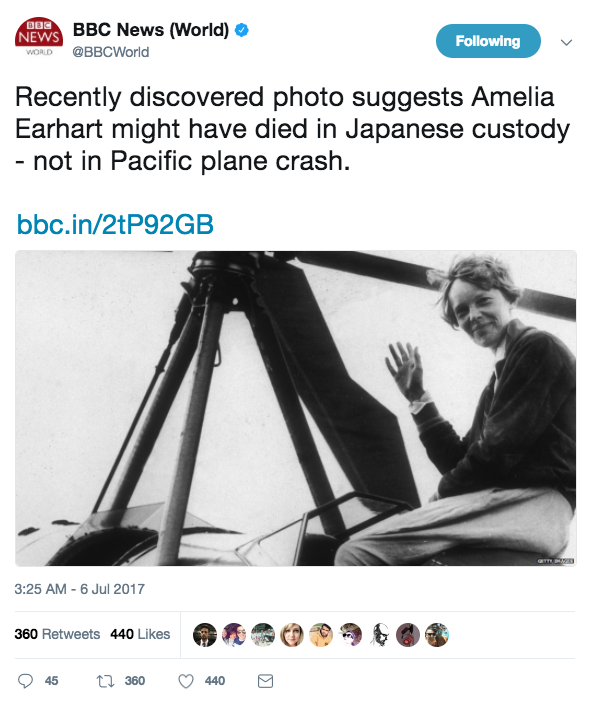 The History Channel published the photo preceding its special, which airs on Sunday, July 9, titled “Amelia Earhart: The Lost Evidence.”

A facial recognition expert told NBC’s “Today Show” that the torso and hair of the woman crouching on the dock could match Earhart, and the hairline of the man standing on the far left could match Noonan, according to a report.

If the photo does depict Earhart and Noonan, it would mean they probably died while being held by the Japanese on Saipan, and not in the plane crash, according to the report.

Sitting next to Mexico's president, Trump says he 'absolutely' still wants him to pay for a border wall