A young man who had decided to join the U.S. Marine Corps died after a horrific amusement park ride accident at the Ohio State Fair in Columbus on Wednesday night. Seven others were injured.

Tyler Jarrell was only 18 years old, but he had decided he wanted to join the Marines. He had just enlisted last Friday and was slated to start basic training next summer after graduating high school.

Marine Corps Recruiting South Columbus Ohio had posted to its Facebook page less than week ago that Jarrell had joined and was “the first senior from Franklin Heights high school to enlist into the United States Marine Corps this year.”

“I’m proud to call him my brother,” the post read.

In a statement, the Marine Corps said: “The Marines here are greatly saddened by this tragedy. We are truly proud to have known him as one of the brave few willing to step up and serve his country in the United States Marine Corps.”

“Jarrell was a highly motivated recruit among the other ‘poolies’ who wanted to serve in a tough role such as infantry or combat engineering, Staff Sgt. James Hopper of the Marine Corps Columbus recruiting station told The Washington Post,” it reported.

“He wanted to serve and do something that would make a huge difference and impact on his life,” Hopper told the Post. “He was a good kid, he was funny and great to be around.” 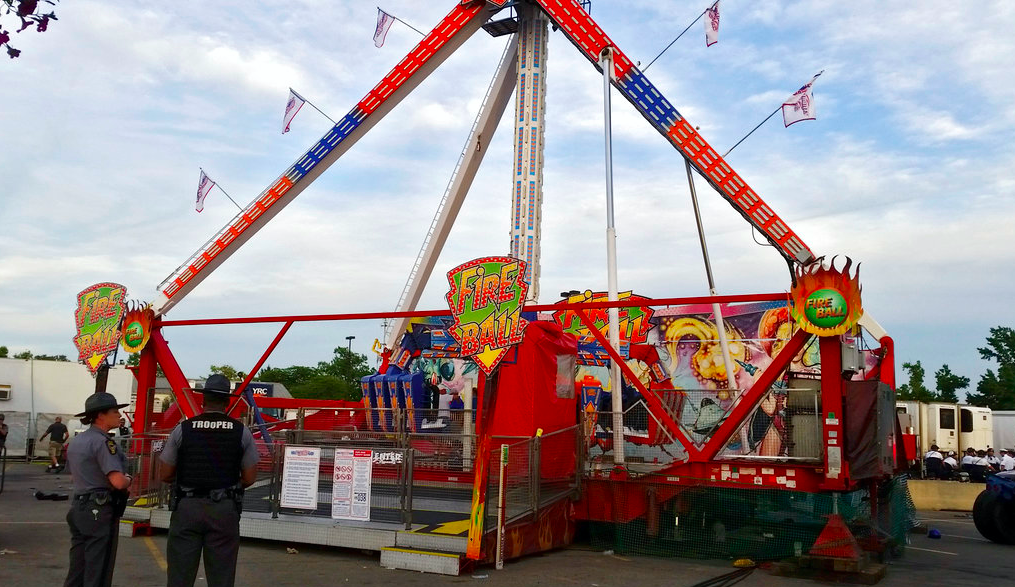 Authorities stand near the Fire Ball amusement ride after the ride malfunctioned injuring several at the Ohio State Fair, Wednesday, July 26, 2017, in Columbus, Ohio. Some of the victims were thrown from the ride when it malfunctioned Wednesday night, said Columbus Fire Battalion Chief Steve Martin. (Jim Woods/The Columbus Dispatch via AP)

The Fire Ball is aggressive and thrilling – and now deadly. The machine’s Dutch manufacturing company has told any company that operates the machines to stop until a deeper investigation is conducted into why the ride broke down. 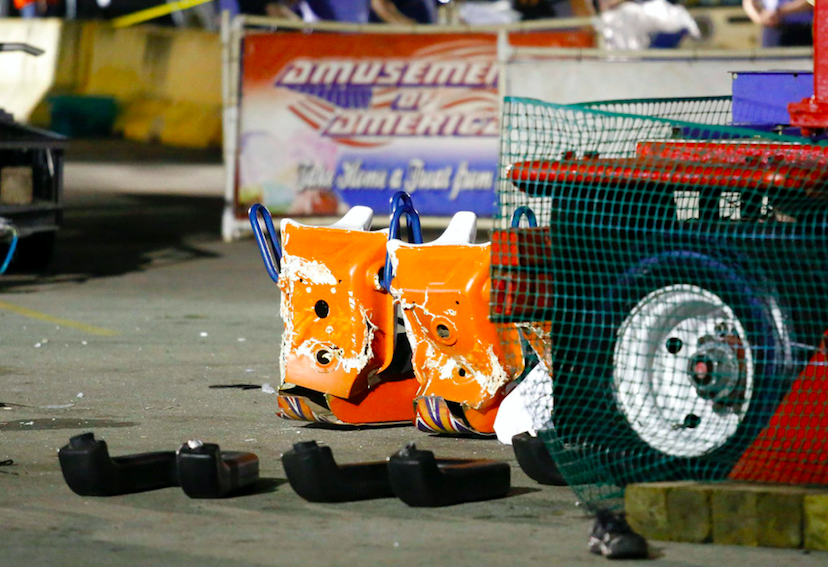 Authorities stand near damaged chairs of the Fire Ball amusement ride after the ride malfunctioned injuring several at the Ohio State Fair, Wednesday, July 26, 2017, in Columbus, Ohio. Some of the victims were thrown from the ride when it malfunctioned Wednesday night, said Columbus Fire Battalion Chief Steve Martin. (Barbara J. Perenic/The Columbus Dispatch via AP)

The Ohio State Fair has also since reopened. 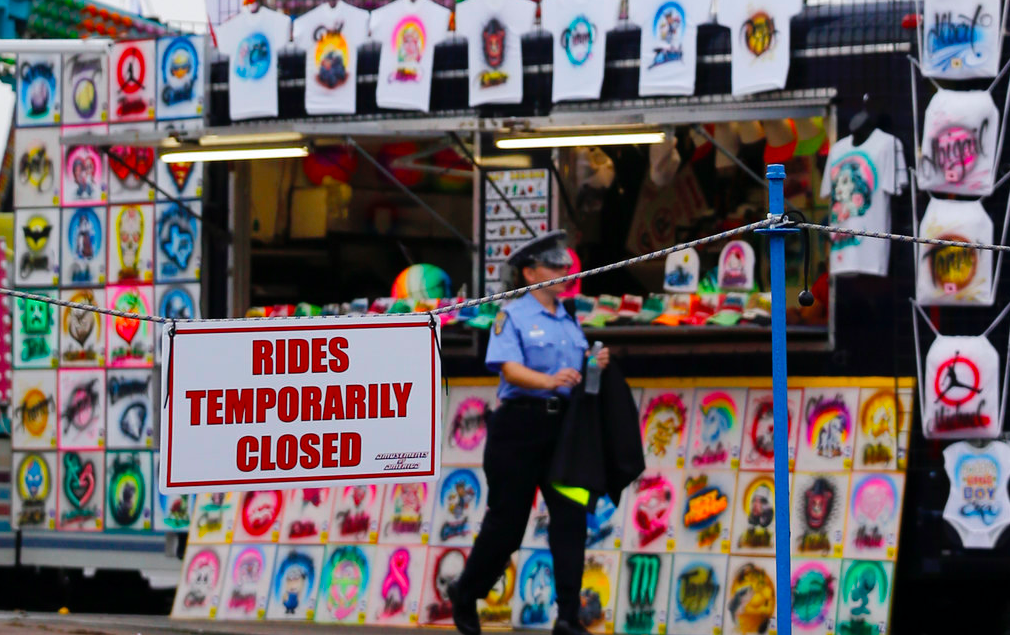 An Ohio State Highway Patrol cadet patrols the midway at the Ohio State Fair Thursday, July 27, 2017, in Columbus, Ohio. The fair opened Thursday but its amusement rides remained closed one day after Tyler Jarrell, 18, was killed and seven other people were injured when the thrill ride broke apart and flung people into the air. (AP Photo/Jay LaPrete)

This is raw, graphic footage of people being thrown off the Fire Ball at the fair: