One militant who forgot to shave his beard before dressing up as a woman was caught wearing red lipstick, eye shadow and mascara. 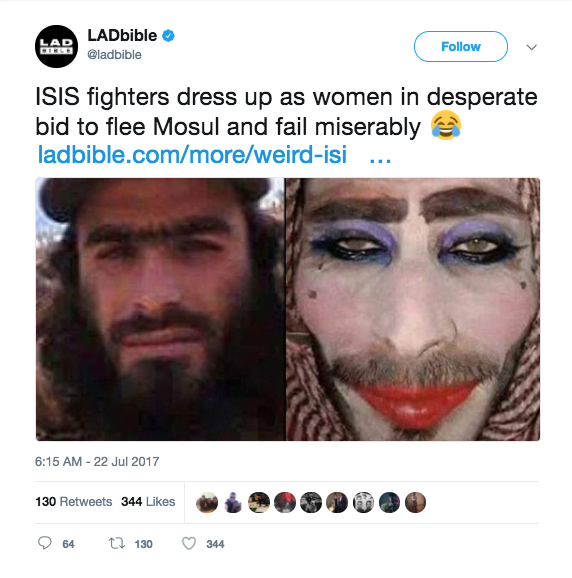 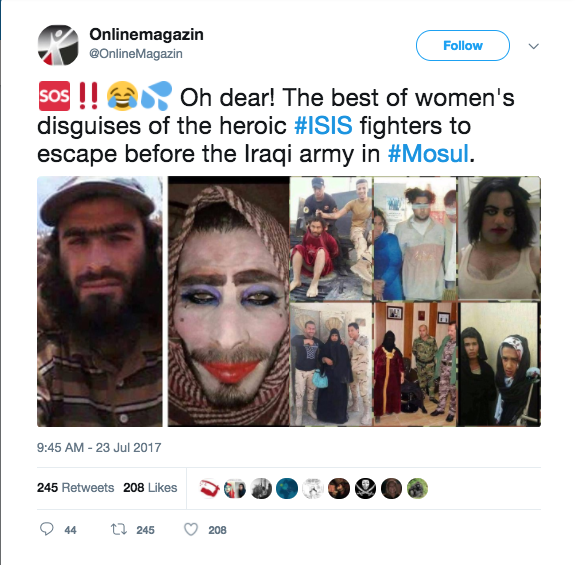 ISIS fighters have gone to endless lengths in their effort to escape Mosul.

On July 9, Iraqi Prime Minister Haider al-Abadi arrived in Mosul to declare victory over ISIS in the city.

The battle for the re-capture of the city began last October when Iraqi forces and allied militias launched their military campaign.

Egyptian tank thwarts attack by running over vehicle with explosives inside