President Donald Trump was recently in Poland, and it’s safe to say he was received there with open arms.

Trump was in Warsaw ahead of the G-20 Summit in Hamburg, Germany, later this week, where he is slated to meet with Russian President Vladimir Putin, among other world leaders.

On Thursday, the U.S. President held a joint press conference with Polish President Andrzej Duda in Krasinski Square in Warsaw. Thousands of Polish attended the event, where Trump addressed issues including the threat of North Korea’s missiles and Russia allegedly meddling in the most recent U.S. Presidential election.

People could be heard chanting the President’s name, “Donald Trump,” frequently throughout his speech. 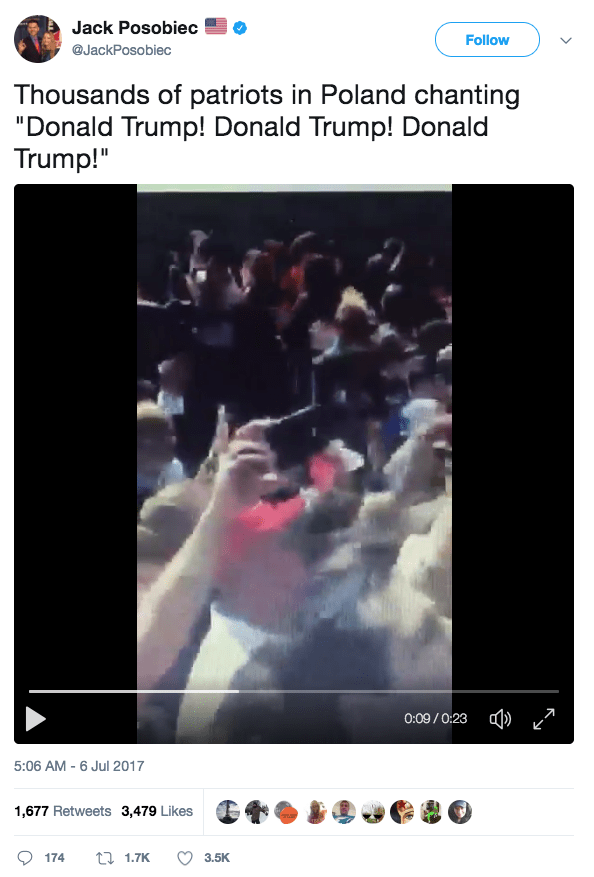 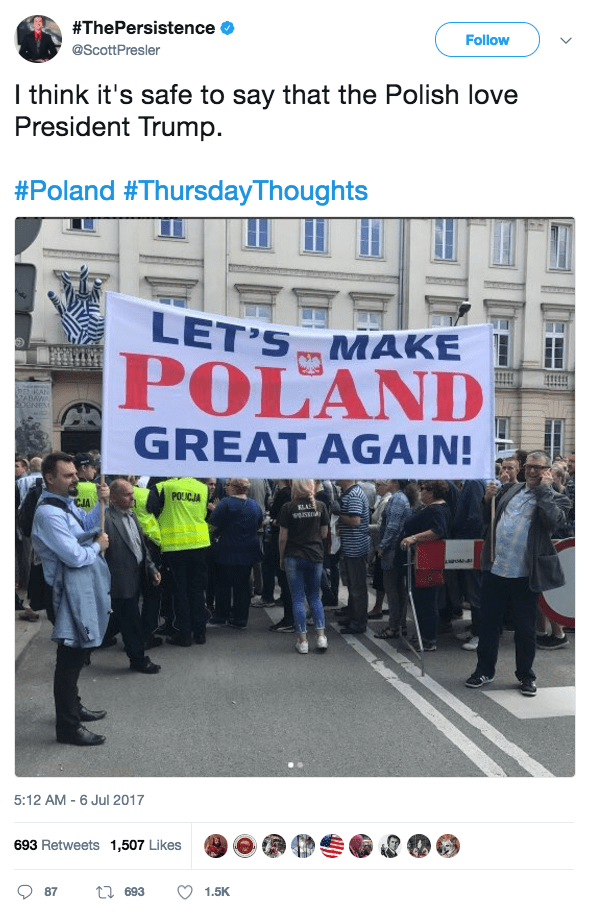 The Square appeared packed with people who wanted to hear Trump speak. 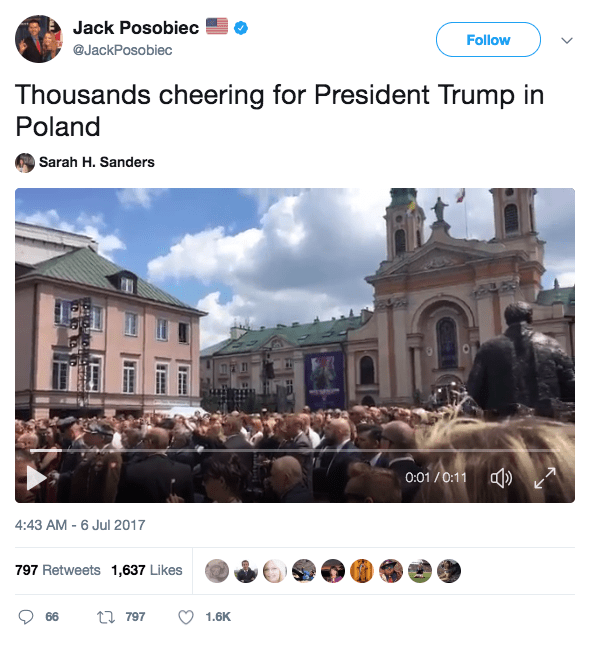 During his speech in Krasinski Square, Trump said the U.S. viewed North Korea as “a threat, and we will confront it very strongly,” according to a report in Reuters. North Korea test-launched an intercontinental ballistic missile (ICBM) on the eve of July Fourth, and promised it had more “gifts” for the “American bastards.”

Trump said in Warsaw that North Korea is “[…] behaving in a very, very dangerous manner and something will have to be done,” according to the report. The U.S. President also said the country was considering “severe things” to deal with North Korea.

Additionally, Trump addressed issues with Russia, and said: “Nobody really knows for sure” regarding Russia’s interference in the Presidential election, adding that Russia might not have been the only country to do so, according to an Associated Press report.