China doesn’t want to see Winnie-the-Pooh-bear anywhere on the internet any time soon, as the country’s online censors recently blacklisted the character and are censoring its image from social media after new meme comparisons of Winnie to the country’s president, Xi Jinping. 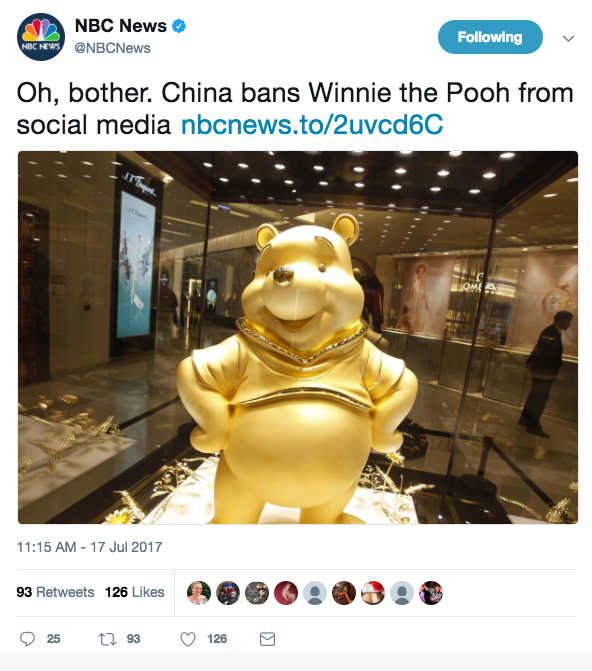 The image of A. A. Milne’s beloved bear character have been censored on China’s Sina Weibo, the country’s version of Twitter, after meme comparisons recently surfaced. The government gave no reason for the ban, according to The Independent.

“Pictures and animated gifs of Winnie were also taken down from the messaging app WeChat,” The Independent reported.

The tightening of social media censorship is believed to be in advance of China’s Communist Party national congress, a meeting held only once every five years, according to the report. 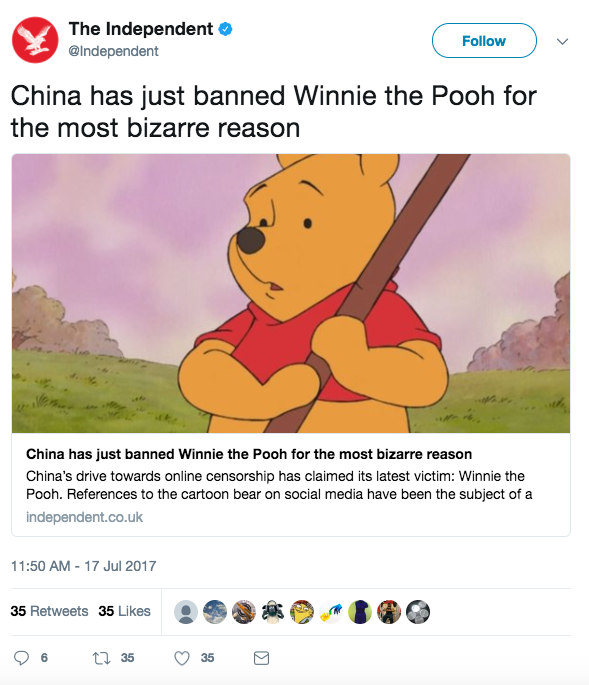 This is not the first time China has come down on and censored images comparing Jinping to Winnie.

Back in 2013, when an image of Jinping and then-President Barack Obama was published, the internet went crazy over it, comparing the two to Winnie and Tigger.

They banned #WinniethePooh and nobody knows why. Bother… pic.twitter.com/TCe4qwKNVa

In 2014, Jinping was compared to Winnie again – this time, alongside Japanese Prime Minister Shinzo Abe, who was likened to Eeyore.

Capping off a ludicrous day in diplomacy- Abe as despondent Eeyore, Xi as sanctimonious Pooh trending on Weibo #APEC pic.twitter.com/bxtX2Z6M4N

And in 2015, a photo of Jinping standing in his car was compared to a shot of Winnie popping out of a small vehicle.