Six Marines and one Navy sailor from Marine Corps Forces Special Operations Command (MARSOC) are among the 16 deceased service members following a Marine Corps KC-130 crash over a soybean field in Mississippi on Monday.

The aircraft was transporting the service members and their “associated equipment for routine small unit pre-deployment training at Marine Corps Air Station Yuma, [Arizona],” according to a press release. “All seven were from the Camp Lejeune-based 2nd Marine Raider Battalion.”

Their identities are being withheld until notification of next of kin. The FBI is investigating the crash. 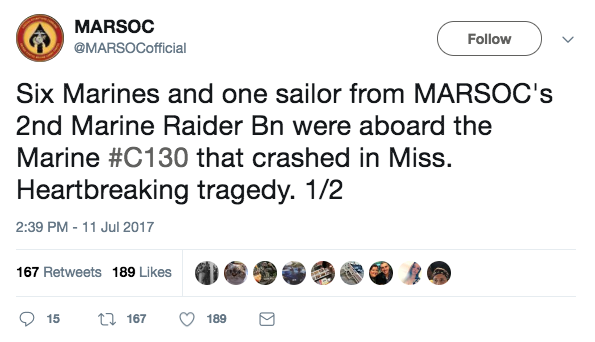 “While the details of the crash are under investigation, MARSOC is providing all available resources and support to the family, friends and teammates of these Raiders as we all mourn this tragic loss of life,” the press release said.

The plane crashed after a “mishap,” with witnesses saying the plane “disintegrated in the air.” 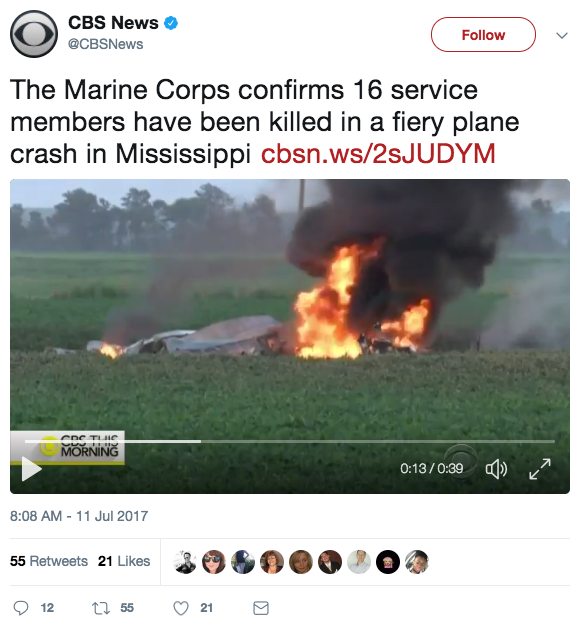 The refueling plane crashed in a soybean field in LeFlore County after originating from Marine Corps Air Station Cherry Point, North Carolina, according to the U.S. Marine Corps, which was contacted by the Federal Aviation Administration (FAA) when the plane “disappeared from air control radar over Mississippi.”

The cause of the crash was not immediately clear. 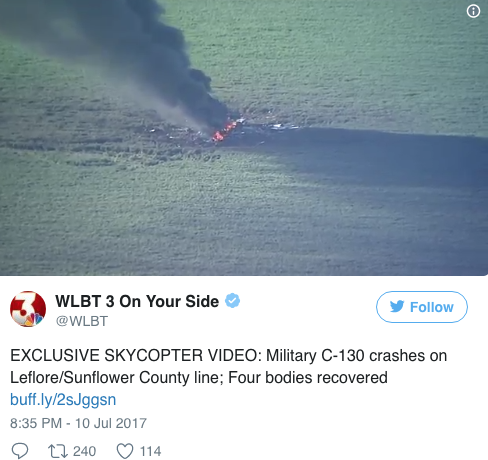 President Donald Trump tweeted on Tuesday morning that “Marine Plane crash in Mississippi is heartbreaking. Melania and I send our deepest condolences to all!” 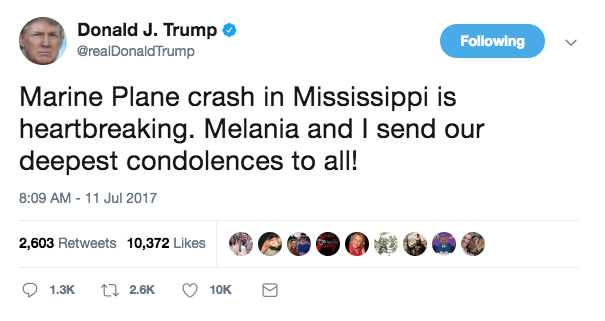 The Marine Corps said it was not releasing the identities of the service members killed at this time, pending notification of their families.