An NYPD officer was fatally shot in the head while sitting in a marked mobile police unit early Wednesday morning in what the police commissioner is calling another cop “assassination.” 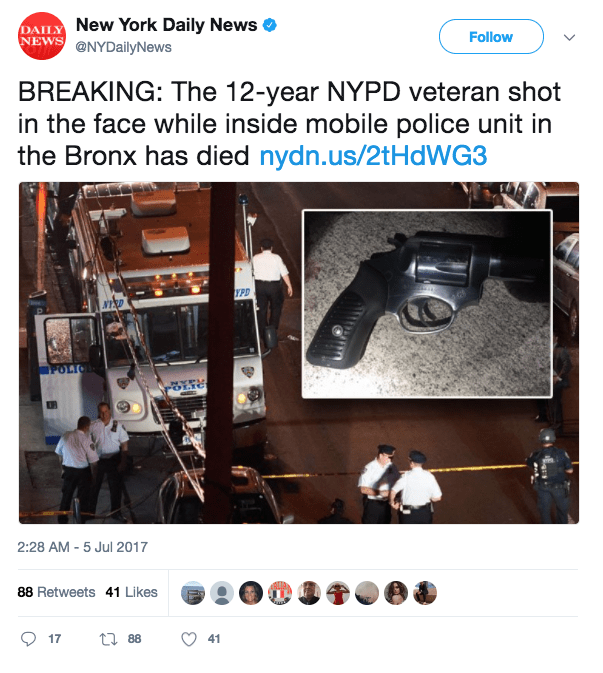 Miosotis Familia, 48, was sitting in a mobile police unit with her partner in the Bronx when the suspect, 34-year-old Alexander Bonds, approached the window and drew fire around 12:30 a.m. Wednesday, according to reports. Familia died after being taken to the hospital. 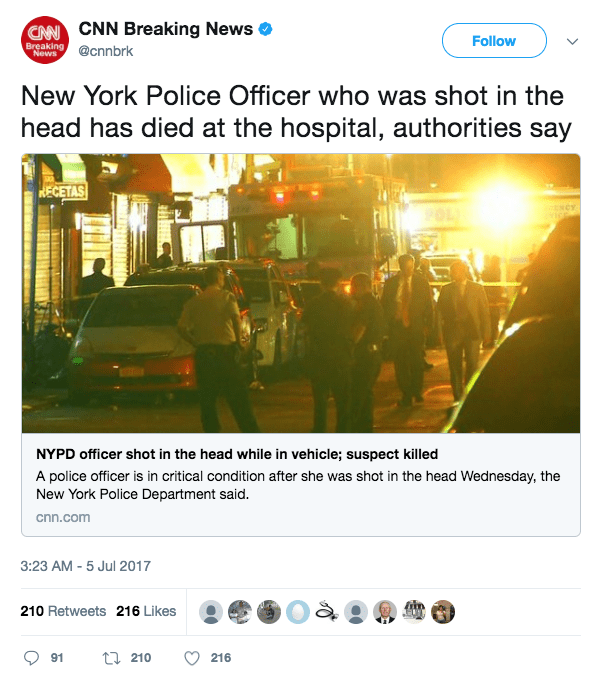 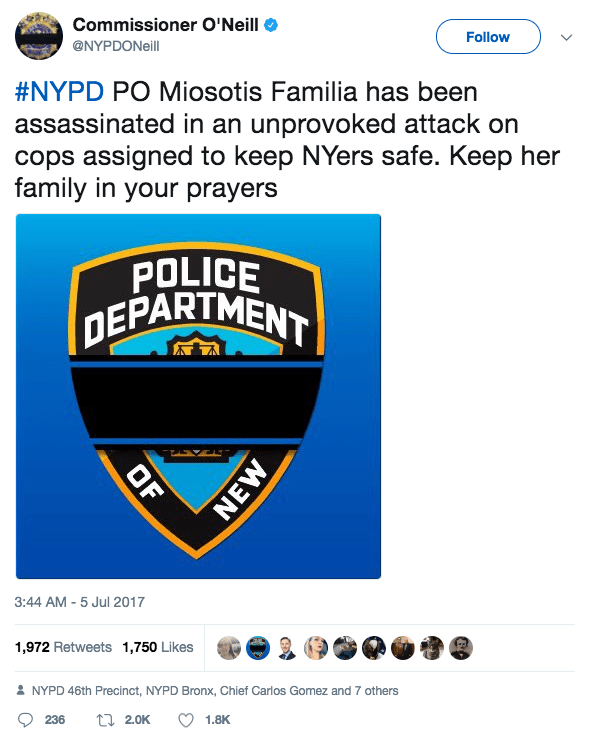 The suspect fled and two other officers chased him. Bonds died during his encounter with the police.

A bystander was also shot during the encounter but is in stable condition, according to reports.

Bonds had been on parole for a robbery in Syracuse in 2014. Police sources told the New York Daily News that Bonds beat up a cop in Queens in 2011. So far, there is no known connection between Bonds and Familia.

Familia worked in the department for more than a decade; she was a 12-year-veteran of the force.

New York Mayor Bill de Blasio said Familia “was on duty, serving this city protecting people, doing what she believed in and the job she loved. After this shocking and sudden attack, her fellow officers came to her aid immediately,” according to Fox News.

“Fully knowing the dangers that she faced, she suited up in uniform everyday and stood tall against those who threaten and terrorize the good folks of the Bronx. As we mourn her death and support her family, friends and colleagues, we ask for your help. When you see or hear someone making threats against NYC police officers you need to let us know, you need to be our eyes and ears,” said Patrolmen’s Benevolent Association President Patrick Lynch, according to reports.