Kris “Tanto” Paronto, one of the survivors and heroes of the 2012 terror attacks on U.S. government facilities in Benghazi, has been placed on the cover of Ballistic magazine.

A shirtless “Tanto” was featured on the cover of the magazine’s fall 2017 issue. 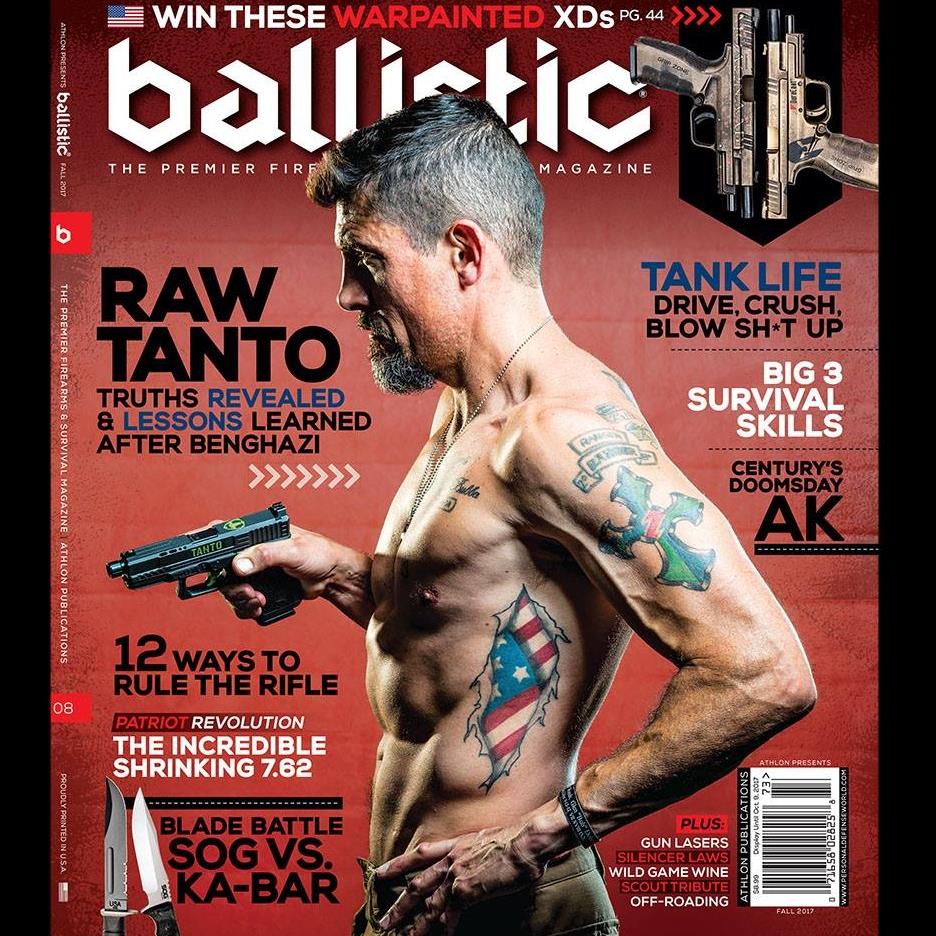 According to Tactical Life, a homophobic comment was made from one of their competitors about the image, which Tanto addressed.

“Every day since I was on that roof, I promised to do new things that force me to be uncomfortable so that I can grow. We don’t inspire those around us by doing the same thing. Not all scars are visual, and my tattoos represent the culmination of my life’s experiences. Many servicemen have tattoos that mean different things to them. Things that they can’t explain, and for some, maybe they’ll never be able to explain. Displaying my tattoos on the cover of Ballistic magazine means displaying some of the most intimate parts of what makes up my identity. Through that I hope I can encourage others to enrich their lives, and the lives of those around them by allowing themselves to be authentic.”