A few months into his second deployment in Afghanistan in 2015 – which interrupted his studies at the University of Virginia’s Darden School of Business – U.S. Army Staff Sgt. Michael Sargent found himself trapped by Taliban insurgents in a dark, muddy compound in the country’s tumultuous Helmand province.

Sargent’s Special Forces team – an elite Army special operations unit nicknamed the “Green Berets” – led commando operations with Afghan counterparts, typically serving as guides and consultants as the U.S. military scaled down its operations in the country. The events of this particular evening, however, compelled Sargent and the rest of his team to take a very active role. The commando assault team Sargent was tasked with advising had entered the compound, but was forced to retreat under heavy enemy fire. Several commandos were wounded and two were missing. Sargent and a few other teammates returned to find them and again encountered stiff resistance. 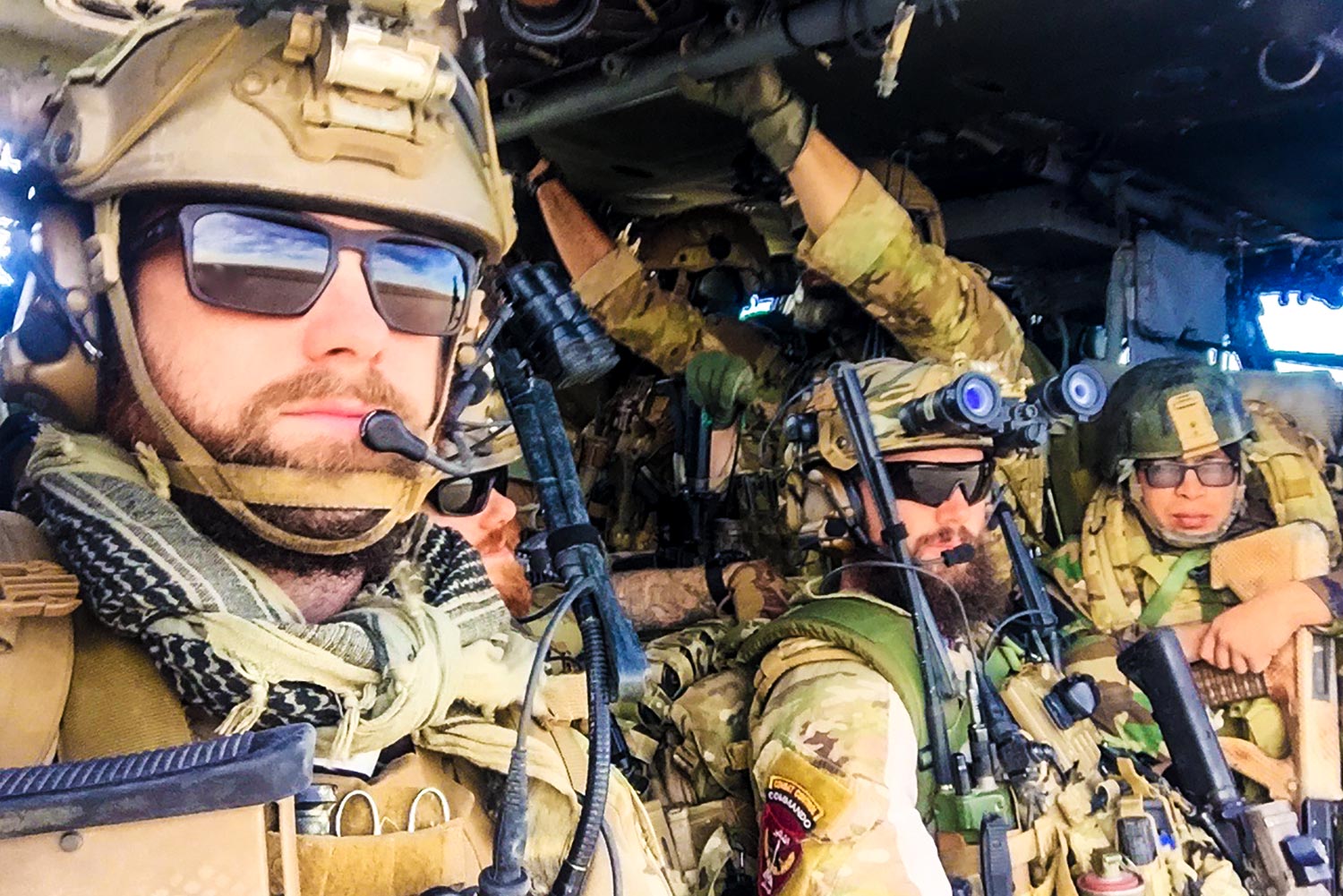 Sargent with his fellow Green Berets in Afghanistan. (Photo courtesy of Michael Sargent)

Ultimately, Sargent and one other soldier were stuck in the compound, trying to retrieve the body of a fallen commando while Taliban fighters fired on them and blocked their only exit. Sargent recalled quickly running through his dwindling options.

“There was no way to get out without one of us having to expose our backs, and the gunfire exchanges were not as effective as we wanted,” he said. “So, my teammate twice provided suppressing fire while I advanced to deploy hand grenades into the enemy position. The second grenade started a fire near the insurgents.”

The flames forced the Taliban fighters to stage one final assault before fleeing the growing fire, giving Sargent and his teammate the window of opportunity they needed.

“At that point, we were able to neutralize the threat, retrieve the fallen commando and get out,” Sargent said.

Sargent’s quick thinking that night saved his and his teammates’ lives, allowed them to return the commando’s body to his family and protected the commandos wounded earlier. 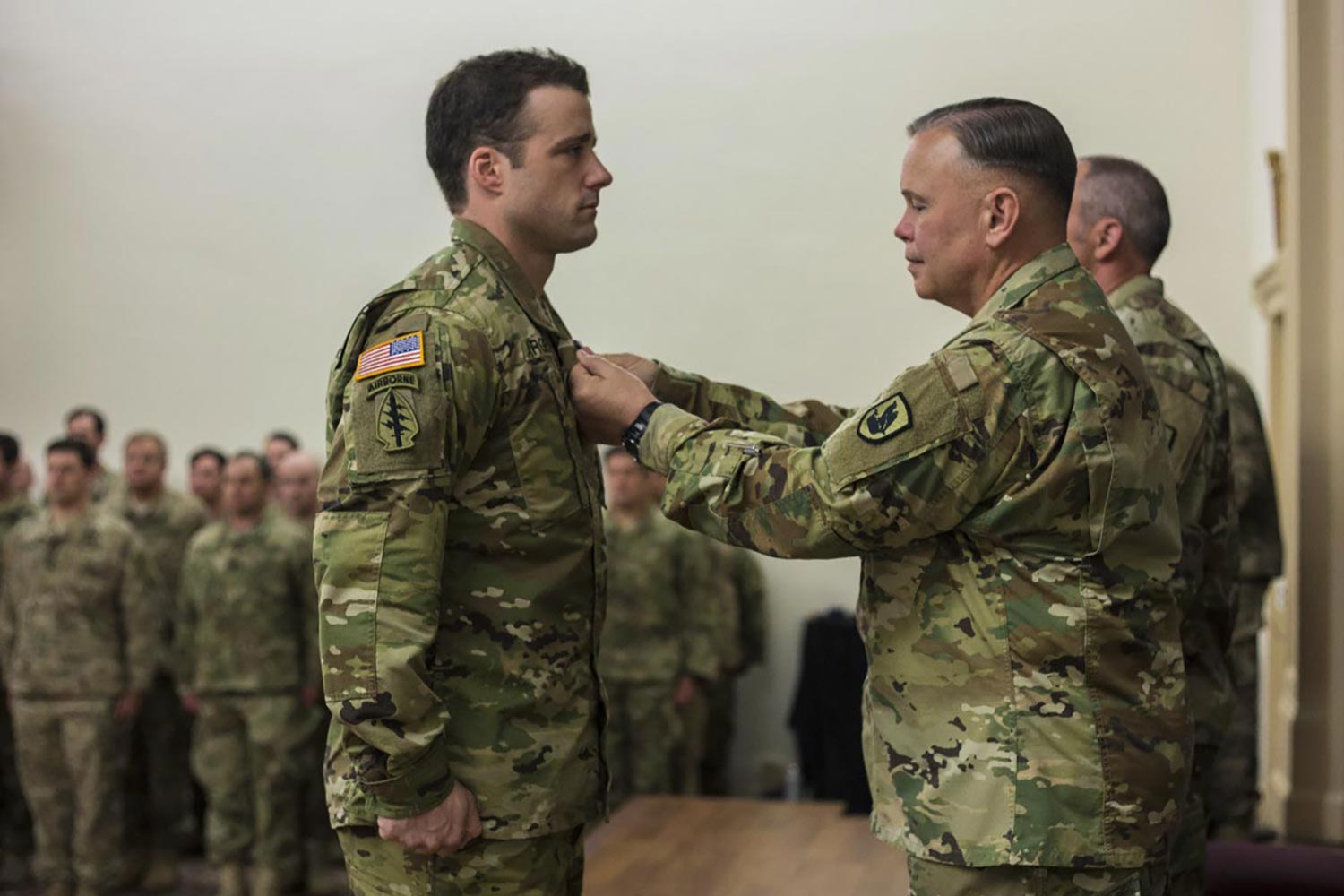 They also earned him one of the military’s highest honors. In May 2016, Sargent received the Silver Star Medal, the U.S. military’s third-highest personal decoration for valor in combat. Later that year, in December, the United Service Organizations, or USO, presented him with the George Van Cleave Military Leadership Award. One soldier from each branch of the military is nominated for the annual award, which recognizes selfless leaders who inspire and uplift others.

“It’s been an incredible, very humbling experience,” said Sargent, who returned to Darden in August 2016. 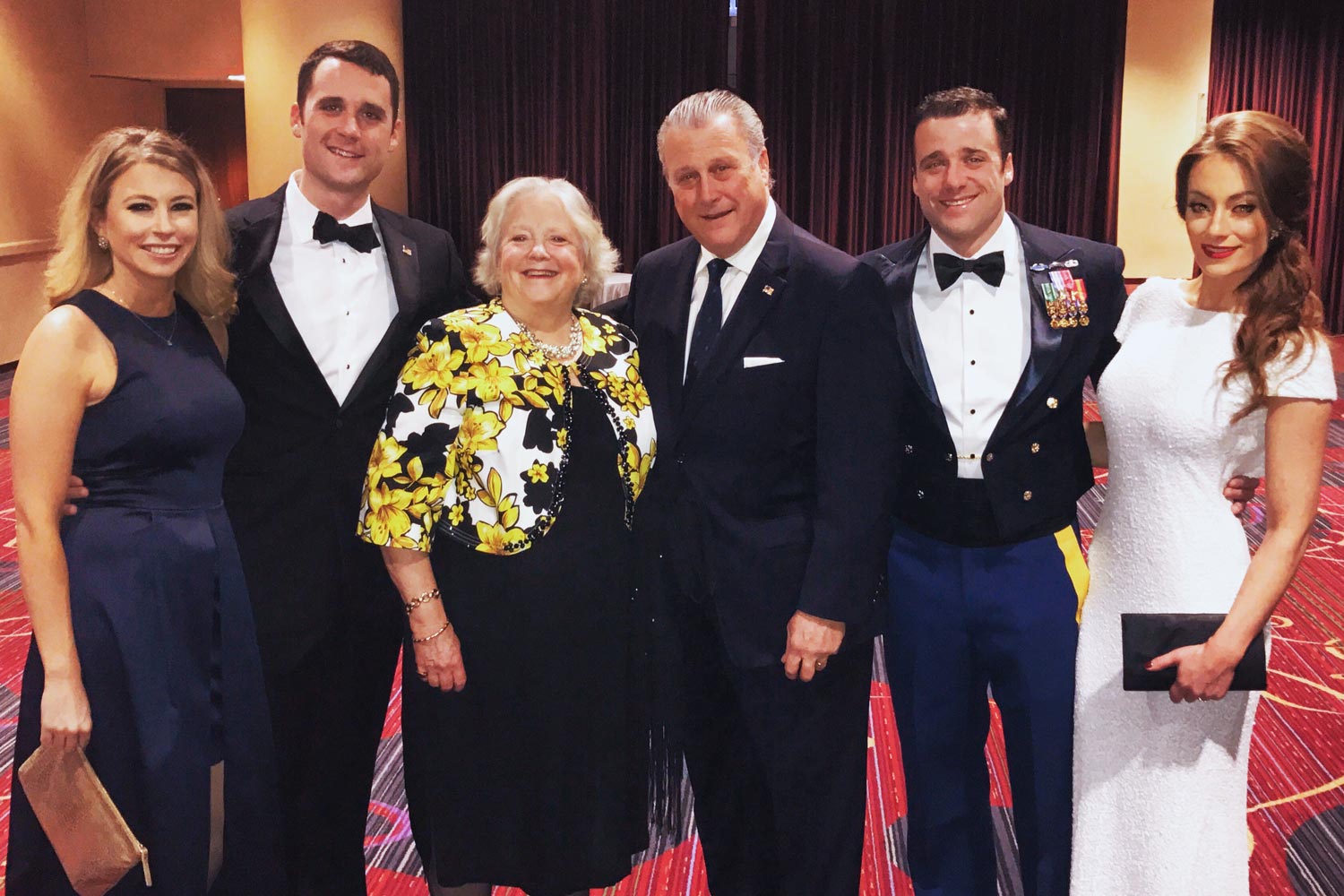 A second deployment to Afghanistan was not part of Sargent’s original plan.

After six years of active duty service as a Green Beret – including his first deployment to Afghanistan in 2011 – the Union College graduate had transitioned to the National Guard to pursue his MBA. His friend and mentor, fellow Union alumnus and Green Beret Kevin Flike, had attended business school after being wounded in combat and convinced Sargent it would give him the skills he needed to transition into civilian life. He knew several Darden alumni and was interested in the format of Darden’s Global Executive MBA program, which includes residencies in South America, Asia and Europe.

“I had been given the opportunity to experience a lot of what the world had to offer through a military and government lens, but this gave me an opportunity to build on that from a business standpoint,” Sargent said. “It seemed perfect.”

Indeed, Sargent loved his first year in the program. However, it was interrupted when, in May 2015, he learned that his Green Beret unit was scheduled to return to southern Afghanistan and the Helmand province, where Taliban insurgents were regaining strength. That information raised a tough question: Should he interrupt his education to redeploy with that team? The answer would put him on the path toward that dark Taliban compound.

“On my first deployment, one of my teammates was killed and one of my closest friends [Flike] was shot and wounded,” Sargent said. “Leaving Afghanistan was bittersweet, because it felt a bit unfinished.”

That feeling nagged him even as he switched gears at Darden and ultimately compelled him to return.

“I knew I was putting a lot on the line, with all I had started to learn at Darden and the momentum I had developed there,” he said. “But I also knew I could not stand by and watch as my teammates went over there. I wanted to go and felt like I needed to. It just seemed right.”

He worked with Darden administrators to determine the best way for him to leave and eventually return to the program. Ultimately, it meant leaving Sargent’s original class – the Class of 2016 – and later joining the Class of 2017 in its final year of the 21-month program. Sargent would have to pause his job search process, leave classmates he had already spent a year with and quickly relearn class concepts after a year off.

“It is a challenge, because students who take time off and then return are stepping into a brand-new class that has already spent a year together in intensive residencies and grown very close,” said Larry Mueller, an assistant dean of global advising and former dean of the Global Executive MBA program. “Still, this was not the first time we had a student change classes to complete military service. There were many class members who were either in service or military veterans, so our students are certainly very welcoming and understanding.”

When Sargent returned to the U.S. in February 2016, Mueller and other faculty members worked with him to make up missed classes and assignments and placed him on a learning team – small teams that students are assigned to for much of the program – that included a fellow veteran. Advisers in Darden’s Career Development Center helped him restart his search for a post-graduation job.

“Coming back was a bit of a difficult transition, but my cohort was incredibly open and the professors were very willing to help me get back where I needed to be,” Sargent said.

And, Mueller pointed out, the lessons Sargent learned in Afghanistan were also instructive for his classmates.

“Michael had a really firm and real grasp on making leadership decisions that affect other people’s lives,” Mueller said. “Hearing from veterans like Michael gives students a great recognition of what it means to make sacrifices, honor commitments and be willing to be called upon for one’s specialized abilities. That is an education unto itself.”

By June 2016, Sargent had accepted a job offer from Morgan Stanley, which he started immediately after graduating 11 months later. He is currently a year into a three-year training program with the firm’s wealth management division in Seattle, working as a wealth adviser associate.

Though he loved his time in the military, Sargent said, the change has been a welcome one. “Morgan Stanley is a fantastic firm, and I am enjoying knowing where I will be in three weeks, six months or a year,” he said. “That sort of stability has allowed me to reconnect with family and friends, to go to all of those weddings and reunions and celebrations that I sometimes had to miss.”

This story was written by Caroline Newman and reprinted with permission from the University of Virginia Office of Communications.