The pre-eminent smart-bomb technology of the day is Boeing’s Joint Direct Attack Munition (JDAM). The basic idea behind the JDAM program is to outfit existing “dumb” bombs with sophisticated rear guidance sections, or “tail kits,” which convert unguided bombs into all-weather “smart” munitions.

The JDAM tail kit includes adjustable tail fins, a control computer, an inertial guidance system and a Global Positioning System (GPS) receiver, giving them a range of up to 15 nautical miles, or 28 kilometers.

Both the GPS receiver and the inertial guidance system allow the bomb to locate itself in space.

The GPS receiver figures out its position by interpreting GPS satellite signals, while the inertial guidance system monitors the bomb’s movements, tracking its path from its launch position.

When installed on a bomb, the JDAM kit is given a Guided Bomb Unit (GBU) nomenclature, superseding the Mark 80 or Bomb Live Unit (BLU) nomenclature of the bomb to which it is attached.

This footage shows how U.S. Air Force airmen prepare and load JDAM-equipped munitions onto a B-52 Stratofortress. 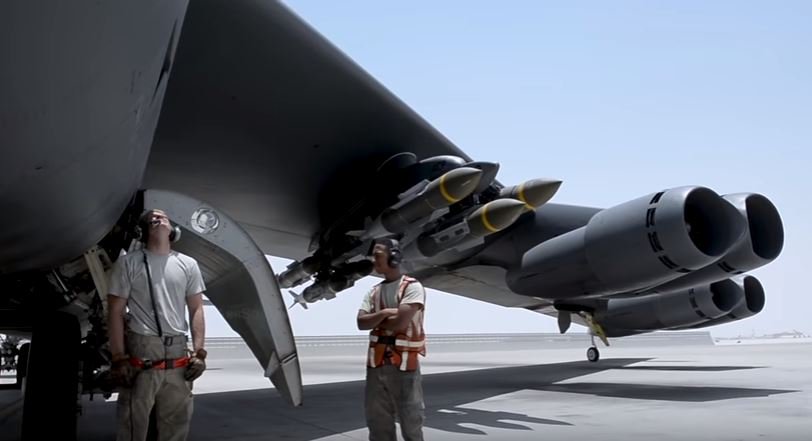