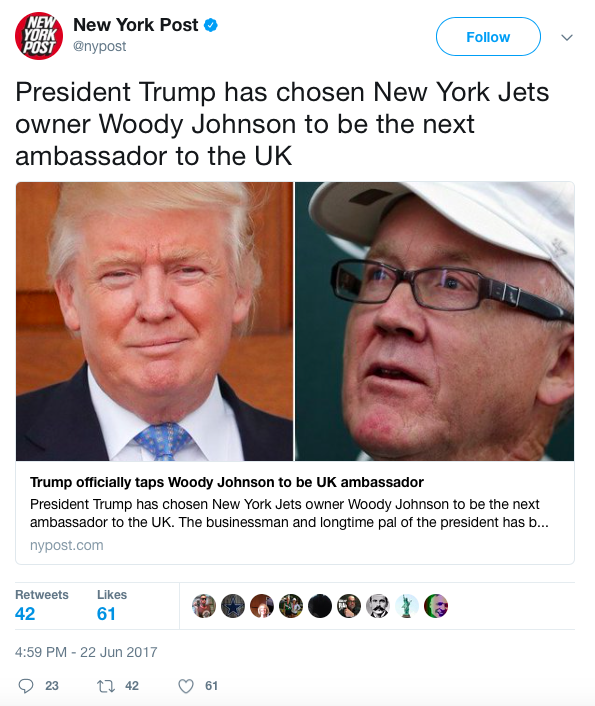 The White House said this week that Johnson has served more than 30 years as chairman and CEO of the Johnson Company, a private asset management firm in New York.

“The nomination requires confirmation by the Senate, but if it goes through, the Jets announced Johnson’s brother, Christopher Johnson, would assume the role of Chairman and CEO and oversee all day-to-day team operations,” the NFL said. 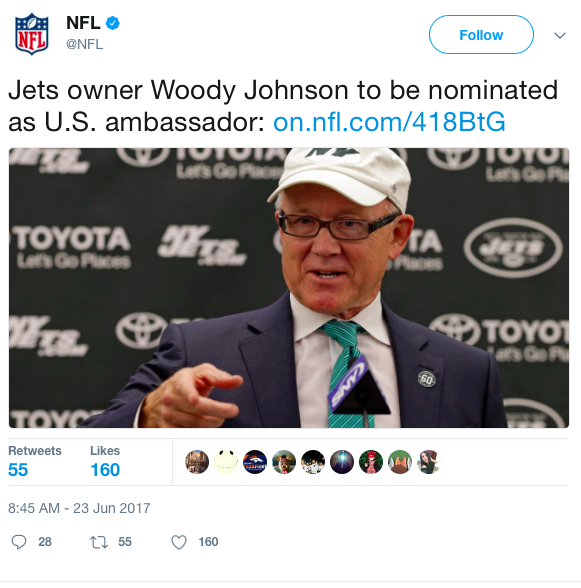 “The New York Jets have been an integral part of our family since 2000, but this is a unique opportunity for Woody,” Christopher Johnson said in a statement, according to the NFL. “His patriotism and commitment to our country have always been a passion of his.”

“Over the years, we have learned that ownership of the New York Jets is a special responsibility,” Christopher Johnson continued. “Personally, if Woody is nominated and confirmed, I would be honored to oversee the organization, continuing to build a team on and off the field that our fans are proud of and deserve.”

Woody Johnson has reportedly donated to Republican campaigns for years, and the position of Ambassador to the U.K. and Northern Ireland – the post he is up for – is historically given to big donors.

Additionally, Woody Johnson is the founding chairman of Lupus Research Alliance, “the largest nonprofit organization dedicated to the prevention, treatment and cure of lupus,” the White House said.

Woody Johnson has a Bachelor’s degree from the University of Arizona.