Trump Admin Official: US will send 4,000 more troops to Afghanistan

The United States will send an additional 4,000 American troops to Afghanistan, according to a Trump Administration official, and Defense Secretary Jim Mattis could make the announcement as early as next week. 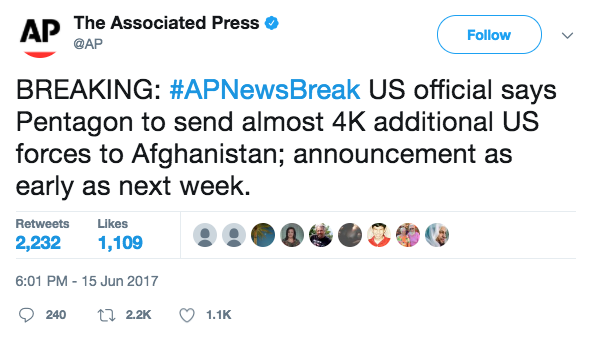 However, Mattis has not made a decision yet, according to his office.

Mattis’ assistant and Chief Pentagon spokesperson Dana White said “Secretary Mattis has made no decisions on a troop increase for Afghanistan.”

The bulk of such a deployment would train and advise Afghans, while some would be assigned to counterterrorism missions against the Taliban and Islamic State.

Trump this week gave Mattis and the Department of Defense the power to decide whether or not, and how many, additional American troops would be sent to Afghanistan

There are currently about 8,400 troops in the country. Trump would be the third President in 16 tears to “surge troops into Afghanistan,” according to Foreign Policy. 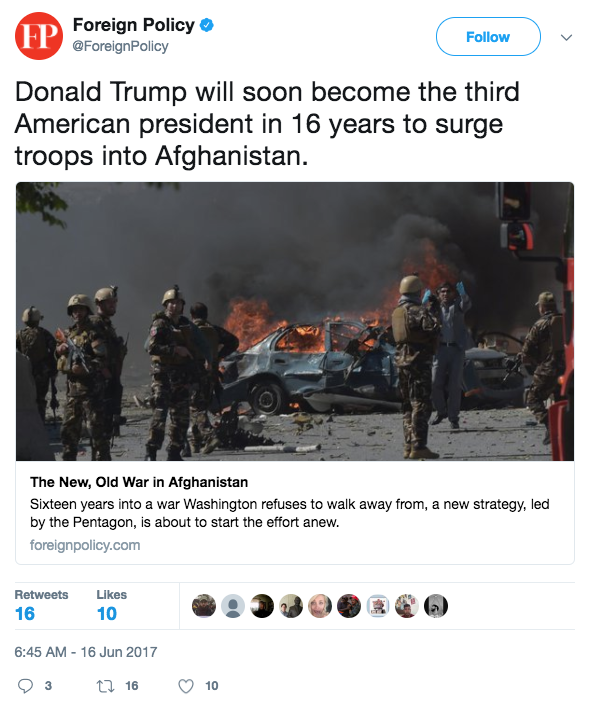 Mattis told the Senate Armed Services Committee on Tuesday, during a hearing on the Department of Defense budget, that “[w]e are not winning in Afghanistan right now […] And we will correct this as soon as possible.”

Trump has proposed a $639 billion defense budget, which includes $574.5 billion in the base budget and $64.6 billion in the Overseas Contingency Operations (OCO) budget, according to the Department of Defense.

The Chairman of the Armed Services Committee, Sen. John McCain, asked Mattis if the U.S. needs “a change in strategy, and an increase in resources if we are to turn the situation [in Afghanistan] around.”

“We recognized the need for urgency,” Mattis replied.

The deployment would be the largest under President Donald Trump’s term.