Forces from a number of NATO countries have deployed significant numbers of soldiers, vehicles and helicopters to Romania to test the Very High Readiness Joint Task Force (VJTF) concept.

Designed to test the core elements of NATO’s Readiness Action Plan (RAP), Exercise Noble Jump 2017 is putting the VJTF through its paces by rapidly deploying it to an assigned area of operations.

Exercise Noble Jump 17 is a logistical challenge that tests the ability of all participants to deliver a fighting force wherever it is needed.

The movements are all controlled by NATO’s Multinational Division South East Headquarters, based in Bucharest.

The VJTF is kept on short notice to move and is able to deploy a powerful, well-trained force within days.

This year, it is being led by the United Kingdom’s 20 Armoured Brigade, with 2,000 troops and more than 500 vehicles coming from bases in the United Kingdom, Germany, the Netherlands, Spain, Poland, Norway and Albania.

Overseeing the VJTF’s training, at Cincu Training Center in central Romania, will be a combination of Joint Force Command Naples, Multi-National Division South East and the Allied Rapid Reaction Corps.

In this NATO-provided video, U.S. forces and NATO allied forces respond to the challenge unfazed, showing the world the mettle and resolve of the alliance to face any threat – anytime, anywhere. 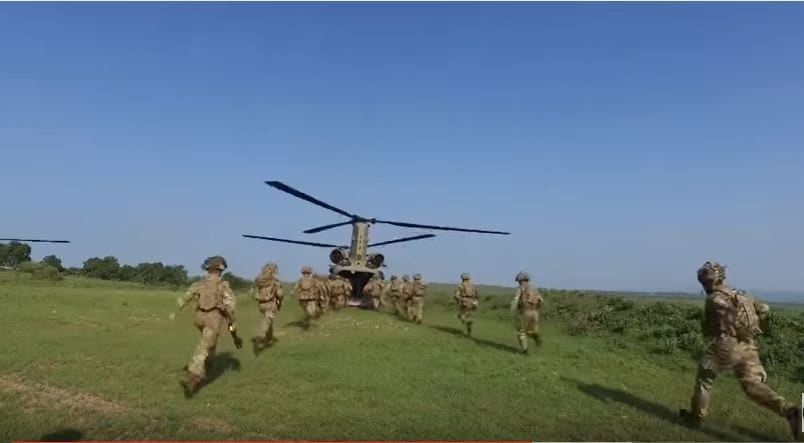