Saturday night saw the highly anticipated event “SFL XXIX: Fight for the Warriors,” a full-contact Mixed Martial Arts (MMA) tournament featuring a slew of amateur martial artists from all branches of service, and even a few civilians.

The event was put on by the Spartyka Foundation, a non-profit that helps wounded warriors and veterans.

The latest fight night, which donated part of its proceeds to the Wounded Warrior Foundation, has been held four times in the past and is often aimed at combatting issues within the military and veteran community.

From the outpouring of veteran support at Saturday night’s event, it’s easy to see why Spartyka continues to grow and contribute its time and resources to military members around the world. 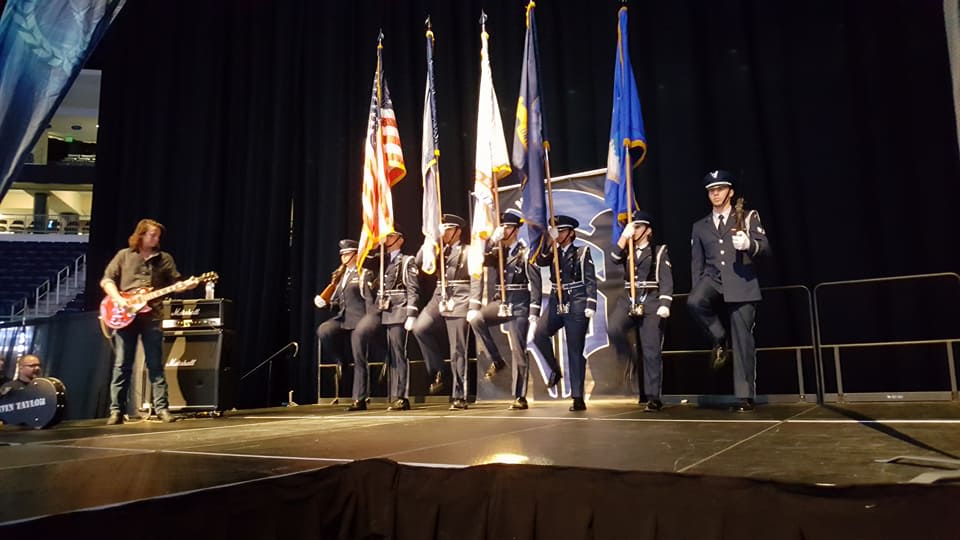 Local Airmen provide a color guard detail for the opening ceremony of the fights on Saturday night.

The amateur MMA promotion started from humble beginnings in the Tidewater, Virginia area.

The organization was born in December 2010 and has risen to extreme prominence in the sport of MMA due to its fast-paced fights and selfless commitment to service members and their families.

“All my time is volunteered to support these events, and I don’t receive any pay from Spartyka. Volunteer support from the veteran community is absolutely necessary and is what allows us to continue to put on these events,” Partyka said. “We have both active [and] reserve [members], veterans, warriors, Gold Star families and civilians that support these events, and we have worked with about 10 non-profit organizations, and all but two of those were military-based organizations.” 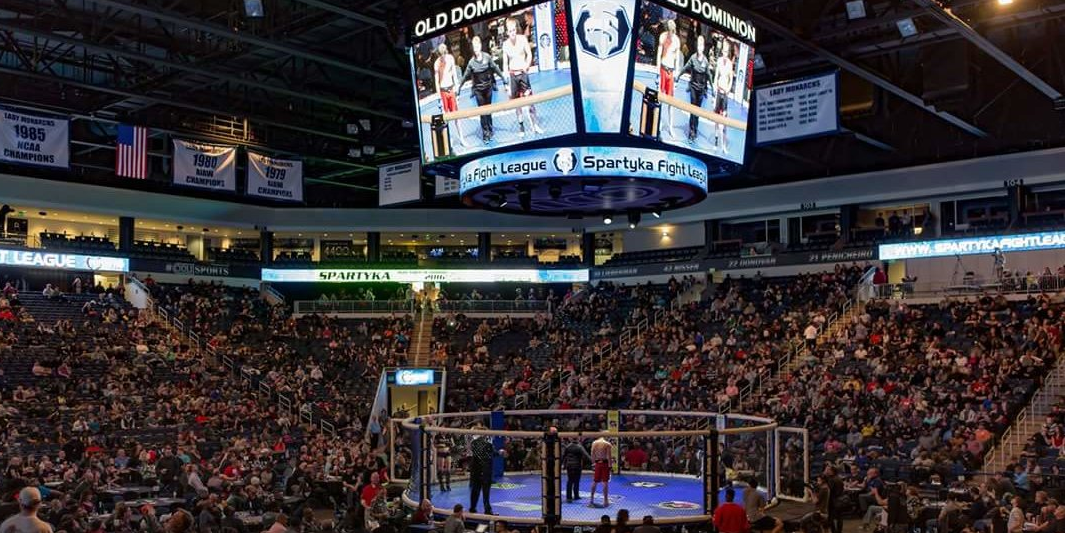 Many fighters from the military have made their name under the Spartyka banner, and Saturday was no exception.

Many on the roster for Saturday’s event were current and former military, with some even winning prestigious titles within the organization.

With the next event taking place in August to benefit the American Cancer Society and Breast Cancer awareness, Spartyka will continue to be a positive, driving force for service members and the local community.

“The Spartyka Foundation has a special respect and understanding for the daily sacrifices made by the brave men and women in all branches of the United States Military,” according to the Spartyka mission statement. “There is nothing as selfless as dedicating your life to the service of your country. Spartyka Foundation is a proud supporter of the troops and veterans throughout the world.”

Partyka will retire from active duty next year and plans to continue to grow the Spartyka brand through community outreach and events.