The President has signed into law legislation that makes it easier to fire a Department of Veterans Affairs (VA) employee for acts of misconduct or poor performance. 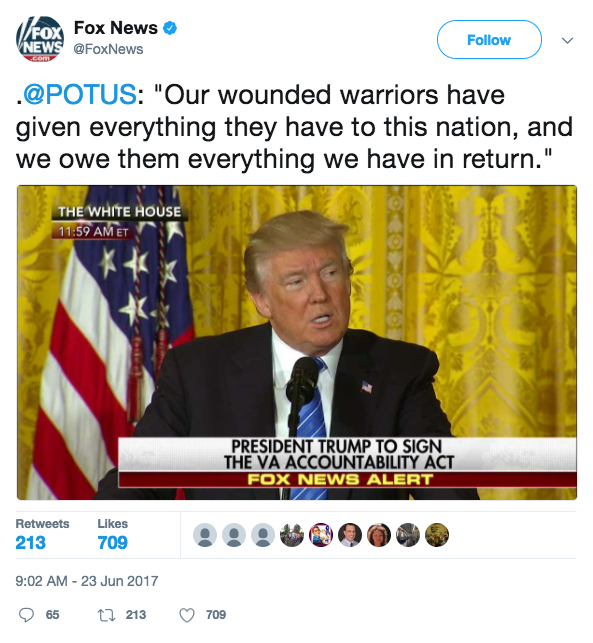 “Our wounded warriors have given everything they have to this nation, and we owe them everything we have in return,” President Donald Trump said this week.

He signed the bill on Friday. Congress had passed the Department of Veterans Affairs Accountability and Whistleblower Protection Act earlier this week.

The law makes it easier to “remove, demote or suspend VA employees for poor performance or misconduct,” according to Fox News.

It also authorizes the VA secretary to “recoup any bonuses awarded to employees who have acted improperly,” Fox News reported.

Additionally, the law protects those who might make a complaint against the department, as it prevents the VA from dismissing any employee with an open complaint.

Signing this Act was something Trump promised to do during his campaign for President.