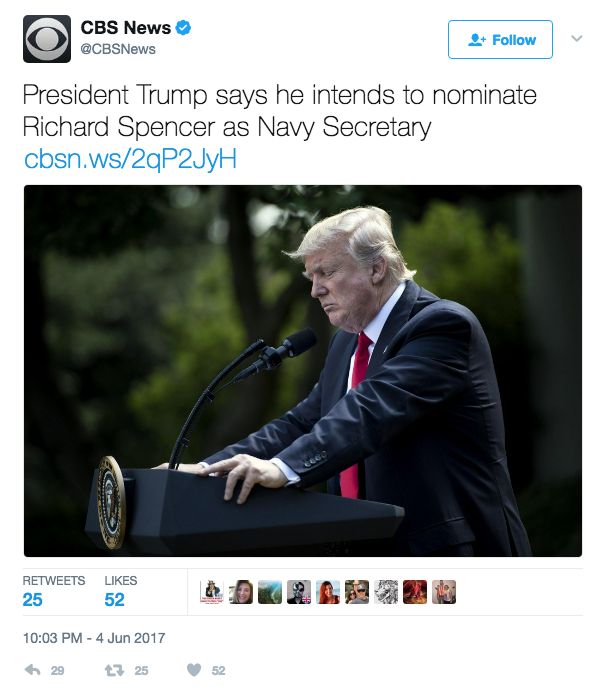 This is Trump’s second nominee for the position, as his first, Philip Bilden, withdrew from consideration in February over concerns about separating his nominated post from business interests, as well as privacy.

The President has not yet selected an Army Secretary nominee, after his previous two picks withdrew.

Spencer, a Wyoming resident, was most recently the managing director of a venture capital firm, Fall Creek Management, which is a private management consulting company.

He is the former Vice Chairman and Chief Financial Officer of Intercontinental Exchange, Inc., an electronic commodity futures exchange, from 2001 through 2008.

He graduated from Rollins College in 1976 with a degree in economics, and also completed the Advanced Management Program at the Fuqua School of Business at Duke University.

Spencer joined the U.S. Marine Corps upon graduation and served as Naval Aviator until he was honorably discharged in 1981 as a captain. 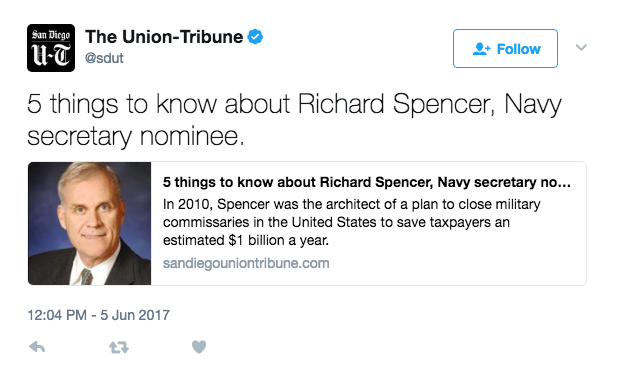 The San Diego Union-Tribune posted “5 things to know about Richard Spencer,” which highlights his military philanthropy.