Op-Ed: There Are More Than Two American Subs ‘Over There’

All opinion articles are the opinion of the author and not necessarily of American Military News.

If you are interested in submitting an Op-Ed, please email [email protected]

President Trump caused quite a stir in some circles when he announced to Philippine President Rodrigo Duterte that the U.S. Navy had two nuclear-powered submarines somewhere near North Korea. When the late April confidential transcript between the two leaders was leaked to the news media, a frenzy of suggestions immediately cropped up that Trump had again breached national security protocol and could not be trusted with classified information.

Submarines are the original stealth weapon, and they use their near invisibility to undertake a plethora of missions which range from tracking foreign naval vessels, parking offshore and collecting intelligence to a providing a deterrent effect with their anonymity.  The “Silent Service,” as the U.S. submarine fleet has been nicknamed, is not as silent as it once was, though it is still pretty quiet. More mission details and photos disclosing submarine movements are available now than ever, though the specifics of what happens beneath the waves will most likely never be fully disclosed despite the best attempt by books and articles. 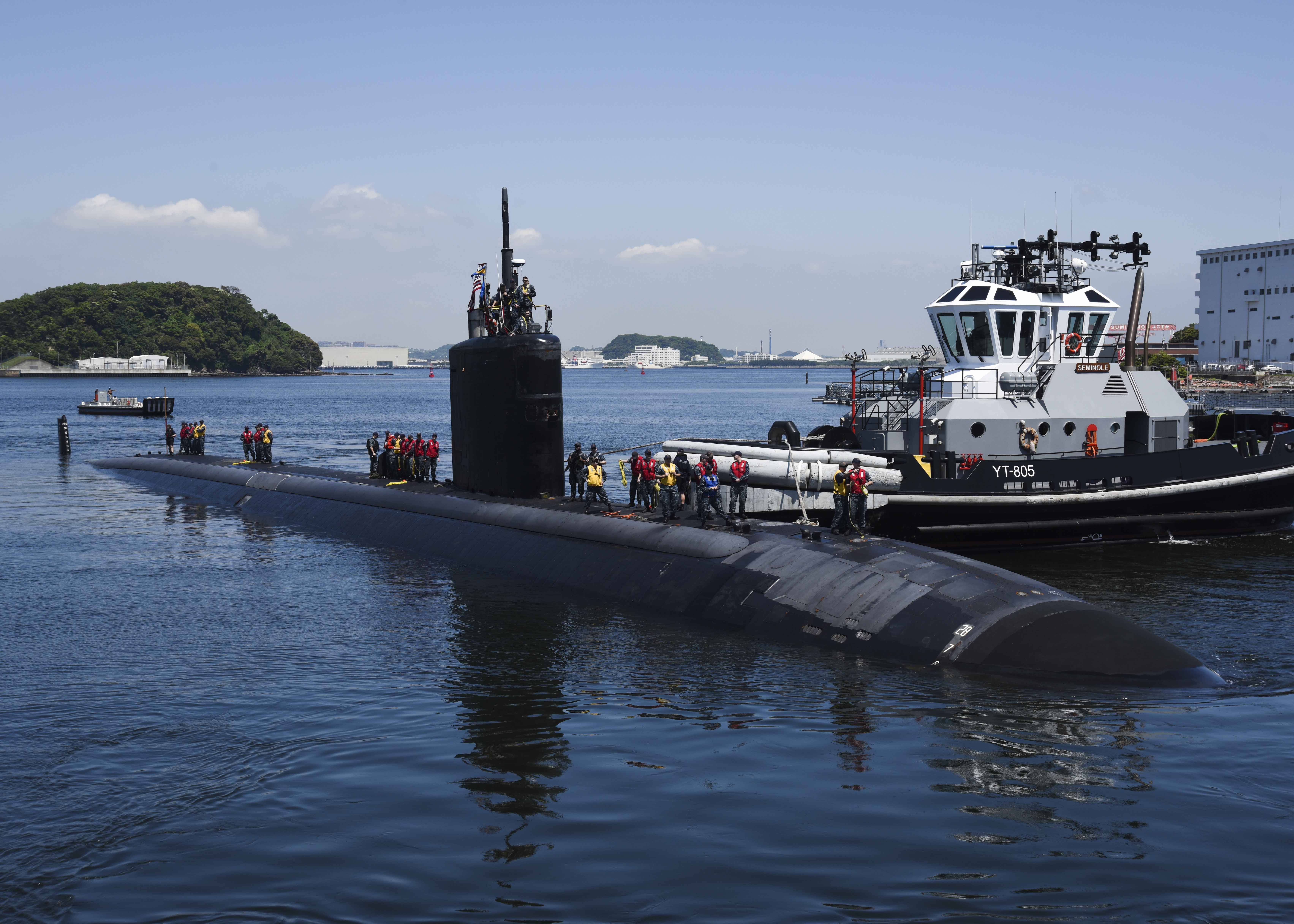 Trump should have not made those statements to Duterte, but the proclaimed effect of placing the submarines more at risk than they are normally is preposterous. Trump did not say the submarines were operating in the East Korea Bay, for example; all he said according the transcript was the submarines were “over there.”  “Over there” is quite a large area. The Sea of Japan alone is 377,600 square miles. American submarines are armed with Tomahawk cruise missiles that have up to a 900-mile range, making the potential launch basket sizeable and not restricting them to waters close to shore.

As it turns out, Trump was absolutely wrong when he said there were two submarines in the region. In the last few months, six different submarines have been identified operating in that part of the world. A quick glance at open-sources can confirm this through port visits and participation in exercises. Currently there are 31 fast-attack and two guided-missile submarines assigned to the U.S. Pacific Fleet. Operating from bases in Bremerton, Wa.; San Diego, Pearl Harbor and Guam, these submarines undertake extended deployments to stalk the depths of the Pacific region.

The first submarine to be identified operating close to North Korea was the USS Columbus (SSN 762). Participating in the annual exercise Foal Eagle 2017 in late March, the Pearl Harbor-based Los Angeles-class fast-attack submarine was part of the defensive support for the aircraft carrier USS Carl Vinson during the exercise.

Four days before Trump spoke to Duterte on April 24, the USS Michigan arrived in South Korea for a port visit. Michigan is one of four former ballistic missile submarines to be converted to a cruise-missile carrying submarine that is also capable of supporting Special Operation Forces missions. At full capacity, Michigan could deliver a total of 154 Tomahawks to targets spread out across North Korea.

USS Santa Fe arrived in Japan on May 11 for a port visit, the second time since March the Los Angeles-class submarine has shown up in Japan. On March 2, Santa Fe docked at Fleet Activities Yokosuka before returning to her patrol.

In the last two weeks, three additional submarines have been spotted operating in the Asia-Pacific region. USS Key West (SSN 722) and an American destroyer worked with two Thai Navy ships as part of Exercise Guardian Sea 2017 in late May. Following the exercise, Key West visited Singapore for four days before heading back out to sea on June 5.

One of the oldest-serving attack submarines departed Fleet Activities Yokosuka, Japan on June 6 following a week in port. USS Olympia (SSN 717) was commissioned in 1984 and is scheduled to be taken out of service next year. This deployment will most likely be the last for Olympia, as she is one of three surviving members from the original Los Angeles-class design.

While Trump’s remarks concerning the presence of American submarines were not ideal, it is nowhere near the worst example of an elected official divulging information that harmed the submarine force. That distinction belongs to Congressman Andrew Jackson May. After returning from a tour of the Pacific during World War II, the Democrat from Kentucky spoke openly about the ability of American submarines to avoid Japanese depth charges that were fuzed to explode at a shallow depth. Because of his announcement, the Japanese adjusted the employment of their depth charges. It has been estimated that due May’s ramblings, 10 American submarines were lost, along with 800 submariners.  That is truly a case of “Loose Lips, Sink Ships.”