NSA Leaker Arrested: Trump Is An ‘Orange Fascist,’ Thinks ‘Being White Is Terrorism’

A 25-year-old federal government contractor has been charged with leaking a top-secret document about the Russian hacking to a news outlet.

Reality Leigh Winner, who legally changed her name from Sara, allegedly stole a top-secret document from the National Security Agency (NSA), in Georgia. The Intercept published the May 5 document detailing Russian efforts to hack voting in the U.S. days before the 2016 election.

On her Twitter account, @Reezlie, and listed as Sara Winner, Winner goes after Trump and his stance on refugees, says to “burn crosses, not flags,” and tweets at rap star Kanye West that he should “make a shirt that says, ‘being white is terrorism.’ ”

The Department of Justice announced Monday the charges against Winner.

Julian Assange, founded of WikiLeaks, tweeted that Winner “must be supported.”

“She is a young women accused of courage in trying to help us know,” he wrote.

Others took to Twitter to condone Winner, saying she is a “traitor.”

“The reality is you are a traitor,” wrote Lori Hendry. 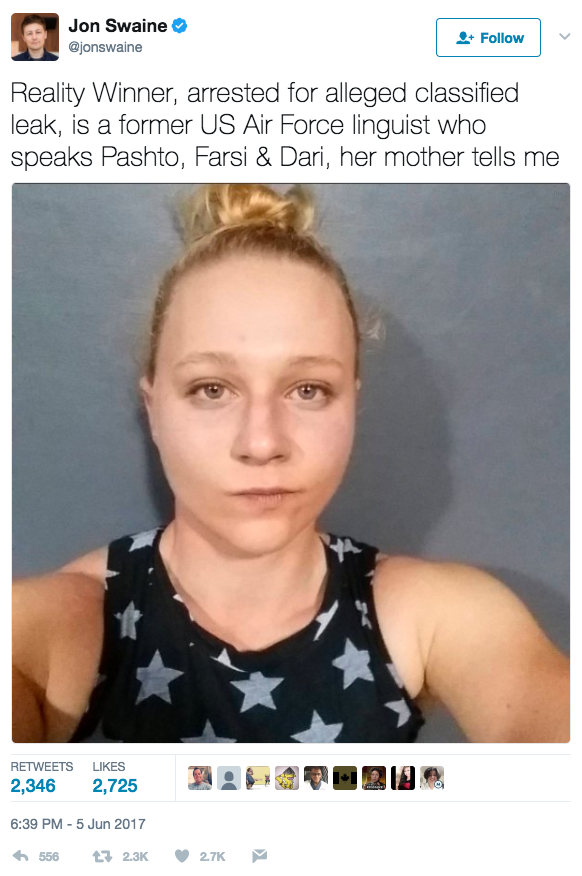