The notorious and violent MS-13 gang has “implemented the ‘New York Program,’ which mandates an increase of violence and bloodshed in New York,” according to a Long Island District Attorney. 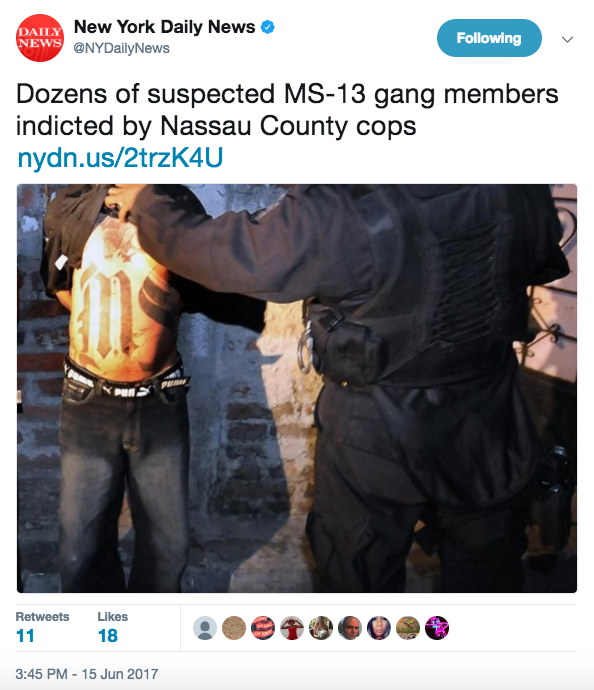 “MS-13 has terrorized communities, killed innocent people, and stolen the childhoods of the vulnerable young people they recruit to join their ranks,” Singas said at the press conference this week. “We will be unrelenting in our efforts to stop MS-13 from recruiting in our schools and spilling blood in our streets.” 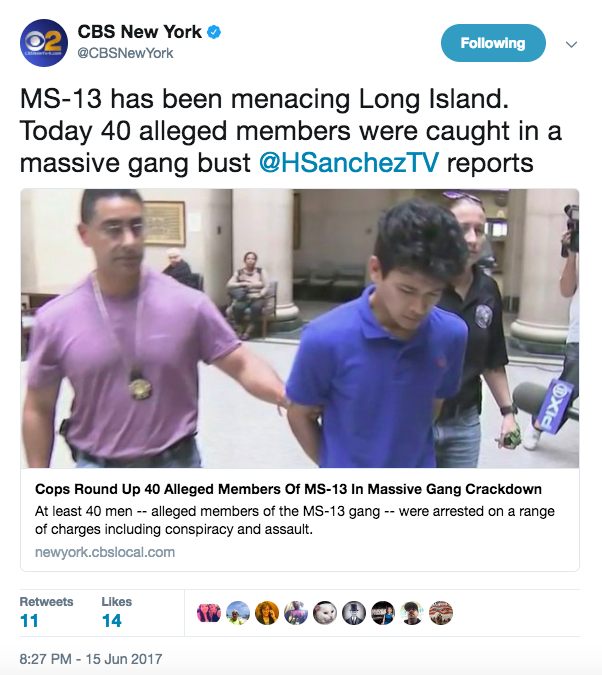 In April of this year, after an outbreak of MS-13-related violence on Long Island, U.S. Attorney General Jeff Sessions went there and spoke, saying MS-13 is “one of the gravest threats to American public safety.”

“The MS-13 motto is kill, rape, and control,” Sessions said. “Our motto is justice for victims and consequences for criminals. That’s how simple it is. Prosecute them, and after they’ve been convicted, if they’re not here lawfully, they’re going to be deported.” 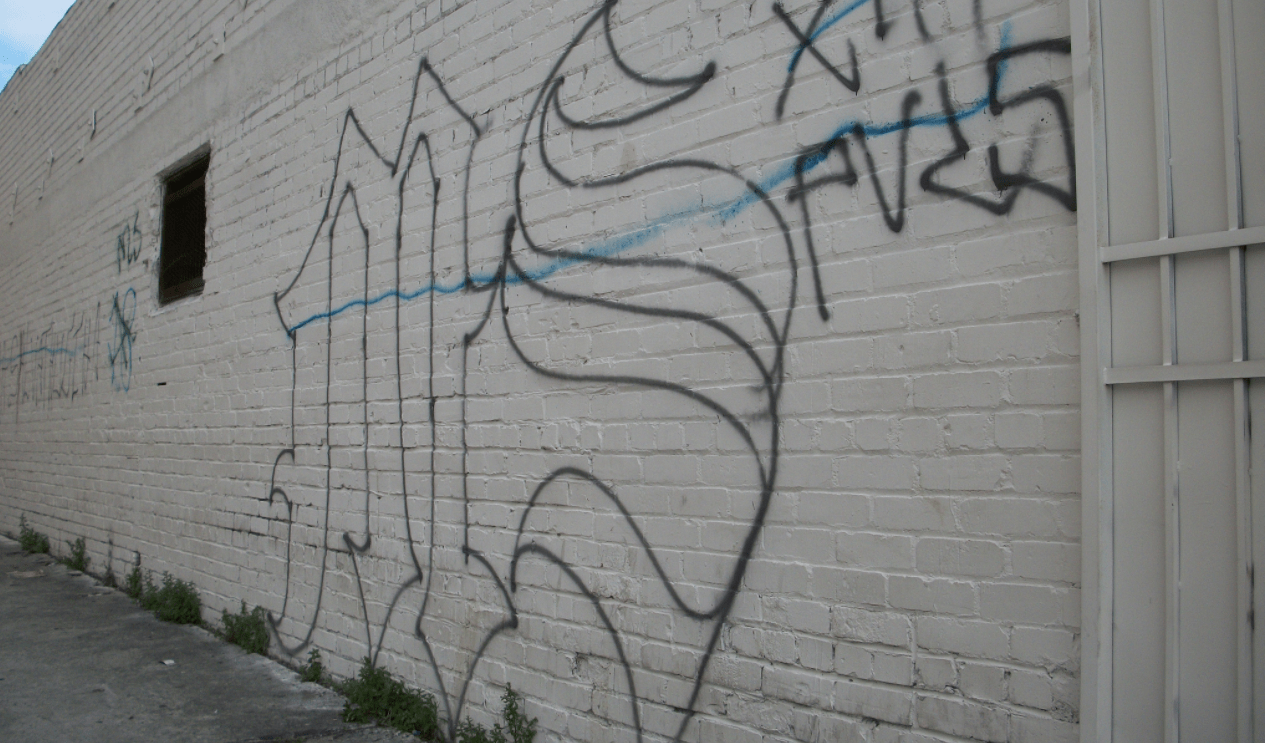 If the President continues to send MS-13 members back to Central America, Salvadoran officials worry that the country’s crime and violence will only grow – and they have begun discussing contingencies for the scenario.

“This clearly affects El Salvador,” Hector Antonio Rodriquez, the country’s Immigration Agency Director, recently told the Washington Post. “We already have a climate of violence in the country that we are combating. If gang members return, of course this worries us.”

According to Salvadoran government statistics, the U.S. government has deported 398 gang members this year alone – compared to 534 members throughout 2016.

The increase in gang deportations has prompted Salvadoran officials to hold emergency meetings and propose legislation that would monitor returning suspected criminals, according to the report.

The President has tweeted about MS-13 and the danger in not stopping gang members from entering the United States, saying “[t]he Democrats don’t want money from budget going to border wall despite the fact that it will stop drugs and very bad MS 13 gang members.” 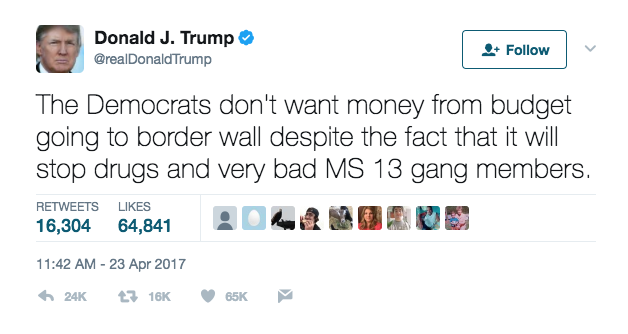 In April, President Trump tweeted that “[t]he weak illegal immigration policies of the Obama Admin. allowed bad MS 13 gangs to form in cities across U.S. We are removing them fast!” 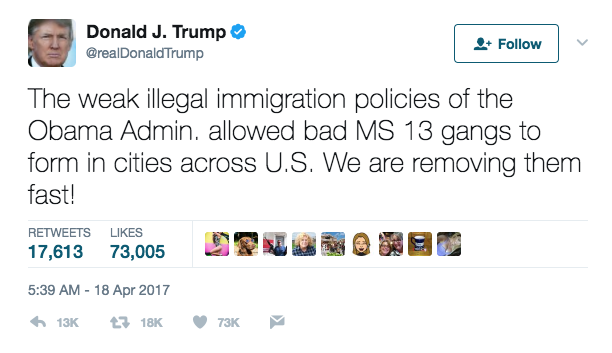 The MS-13 gang, or Mara Salvatrucha, has been around in El Salvador for decades. The gang formed in the United States in Salvadoran immigrant communities in Los Angels in the 1980s.

The gang first came about “as a way of protecting the Salvadoran community from the gangs of other ethnic communities and other Central American immigrants joined rapidly,” according to a United Nations Office on Drugs and Crime Threat Assessment from 2012. “At the end of the civil wars in Central America (1996), the United States started deporting Central American immigrants convicted of certain offenses. These deportees effectively imported Los Angeles-style gang culture to the post-conflict societies of El Salvador, Guatemala and Honduras.”

Over the years, as MS-13 has been deported from the U.S., the deportations have helped the gang grow even more in El Salvador and throughout Central America.

Distinctive signs of the MS-13 gang include tattoos, graffiti, hand signs and slang.