Louisiana Congressman: Radical Islamists Are ‘Heathen Animals … Hunt Them… Kill Them All’

Louisiana Republican Congressman Clay Higgins posted a statement to Facebook in the wake of terrorist attacks in the U.K. The internet is taking notice – and this is not the first time, as Higgins has been outspoken about his beliefs and opinions before.

“Their intended entry into the American homeland should be summarily denied,” he continued. “Every conceivable measure should be engaged to hunt them down.”

“Hunt them, identify them, and kill them,” Higgins said. “Kill them all.”

Following the fallout of his recent comments – which came in the wake of a second terrorist attack in the U.K. in two weeks, when three assailants killed six people and injured many others – Higgins spoke to the Washington Post.

“I can tell you that there weren’t many Muslims in that part of Louisiana, but those that I have met have been very cool and very loving,” Higgins said. “Many Muslims are American citizens and I’d give my last life’s blood for any one of them, but that doesn’t mean I’m not going to speak out boldly and from my heart about the threat we face as a nation and as a world.”

A top comment on Higgins’ Facebook came from Misty Johnson, who said Higgins is “no better than a terrorist.”

“I’m more afraid of people like you than a refugee who was vetted for 2 years by 7 Intel agencies,” she wrote. “I think we need better vetting for our representatives. You are an unhinged lunatic and playing right into what ISIS wants.”

Higgins is a lifelong Louisiana resident who served in law enforcement for 11 years before serving as Deputy Marshal for the City of Lafayette. He received initial training in police work when he served as a military police office in the U.S. Army, according to his website.

This was not Higgins’ first experience with public scrutiny over his statements.

Higgins often appeared in weekly “Crime Stoppers” videos as a spokesman for the St. Landry Parish Sheriff’s Office. His presence – and southern twang – are hard to ignore in the videos.

Higgins resigned after coming under fire for a video where he called a group of suspected gang members “thugs,” “animals,” “heathens” and “punks.”

The video led to scrutiny from the American Civil Liberties Union and St. Landry Parish Sheriff Bobby J. Guidroz, who told Higgins to ” ‘tone down’ his unprofessional comments.”

Higgins said he could not do that, and resigned. He was a spokesman for the St. Landry Parish Sheriff’s Office in Opelousas from December 2014 until he resigned in March 2016.

Higgins ran for the Louisiana 3rd Congressional District last year and narrowly defeated his opponent in a runoff election. His term begin in January. 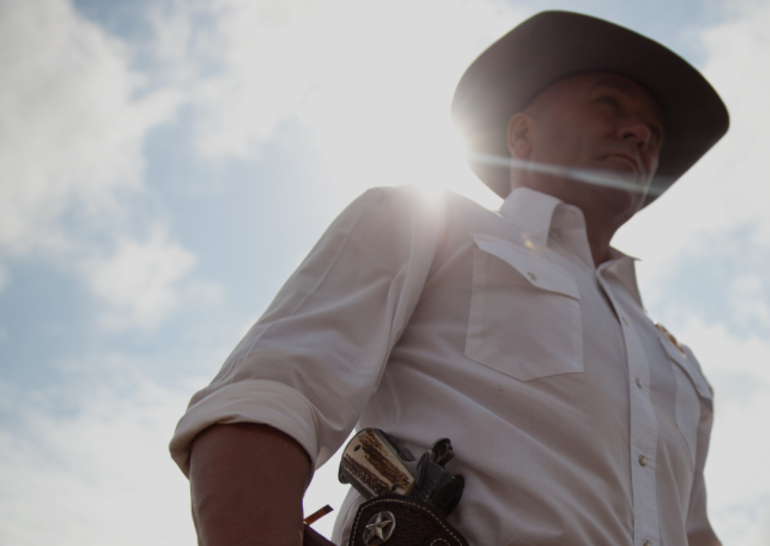 Higgins is a “passionate defender of the Bill of Rights,” according to the Captain Higgins Congress website. “As a Christian, Higgins is known for his refreshing focus on the power of the individual to be redeemed.”