This legendary general joined the Army when he was only 16 years old, operated behind enemy lines during World War II, helped created Delta Force, served at the U.S. Embassy in Moscow during the Cold War, and also served as Director of the Defense Intelligence Agency – and those are only a few highlights from his incredible military and intelligence career.

The United States lost one incredible American lieutenant general over the weekend, and that was retired Army Lt. Gen. Samuel Wilson.

Wilson died on Saturday at his home in Rice, Virginia. He was 93 years old. 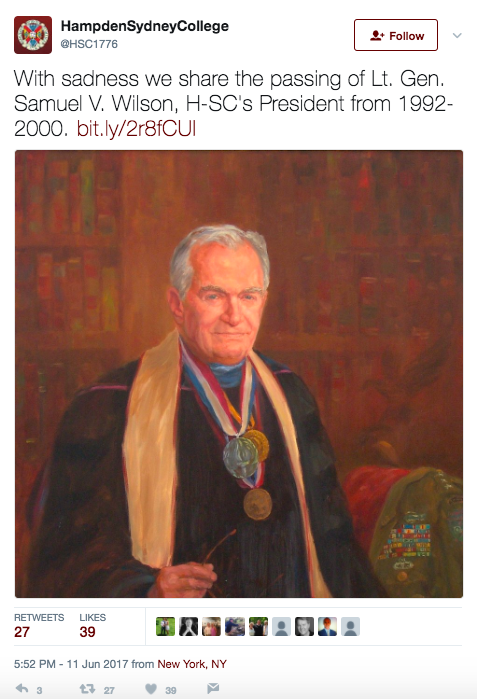 Wilson helped created Delta Force, the Army’s special forces group, and coined the term “counter-insurgency.” He served as the director of the Defense Intelligence Agency. 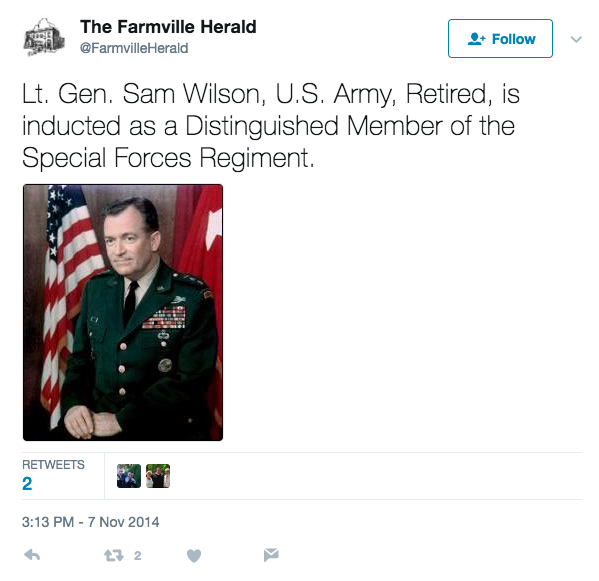 Wilson was also president of Hampden-Sydney College, a liberal arts college in Virginia for men, from 1992 to 2000.

Wilson was chief reconnaissance officer for a unit known as Merrill’s Marauders, which operated behind enemy lines in Burma during World War II.

“RIP, sir,” tweeted Melissa Davis. “They don’t make them like you anymore.” 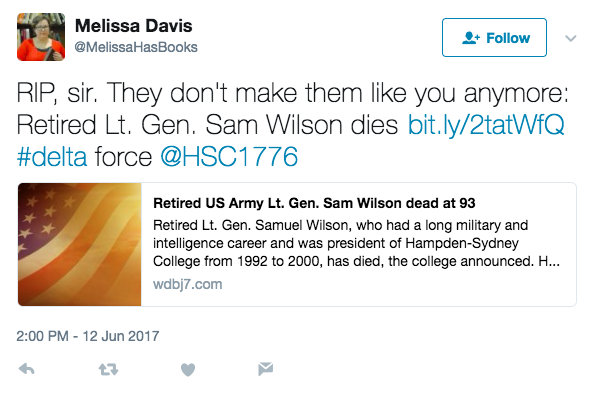 After the war, Wilson went to the Office of Strategic Services in Southeast Asia.

Wilson later worked as a CIA officer in West Berlin and a defense attache at the American Embassy in Moscow during the Cold War.

“As a military leader and educator, he will be missed by many,” Adams said.

Hampden-Sydney President Larry Stimpert said that Wilson guided the college through a time when enrollment had declined, and the college was considering whether or not to admit women.

“The governing board ultimately decided to keep [the] college all-male, and under Wilson’s leadership, enrollment growth resumed and the endowment nearly doubled,” according to a report. “Hampden-Sydney remains one of the nation’s few remaining private colleges for men.”

Wilson died of lung cancer at his family home.

The Hampden-Sydney College will hold a public memorial for Wilson on June 23, at 1 p.m. in College Church.