Counterterrorism expert and MSNBC contributor Malcolm Nance tweeted earlier this year about his nomination for the first Trump property to be bombed by ISIS. 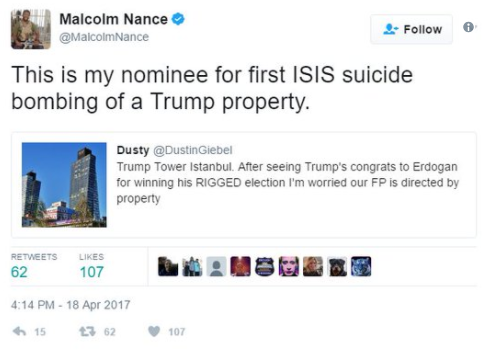 It was the Trump Tower Istanbul, and Nance received a lot of backlash about the comment, which has since been deleted. 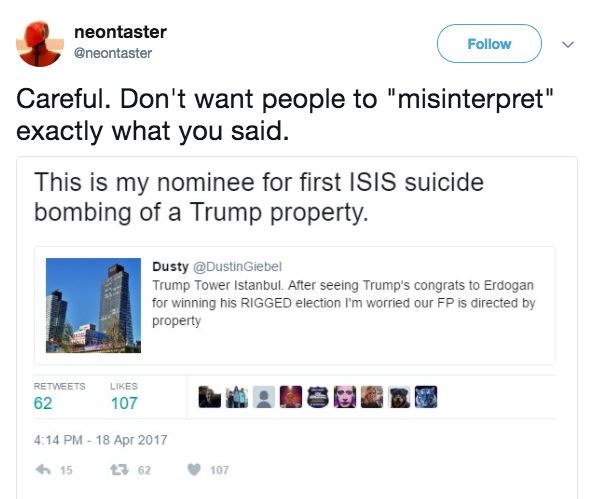 One Twitter user asked when Nance would be fired by MSNBC for his comments. 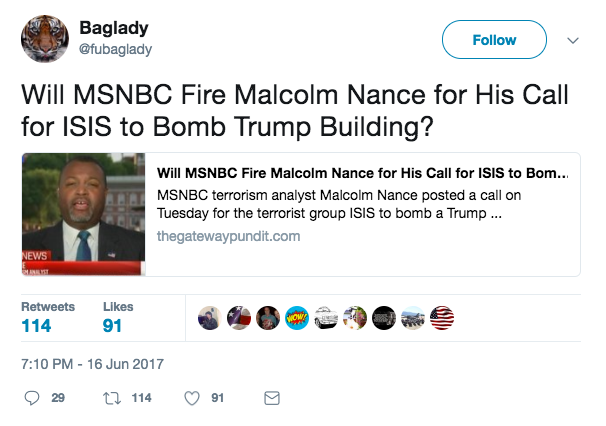 Another user suggested the FBI should step in and investigate. 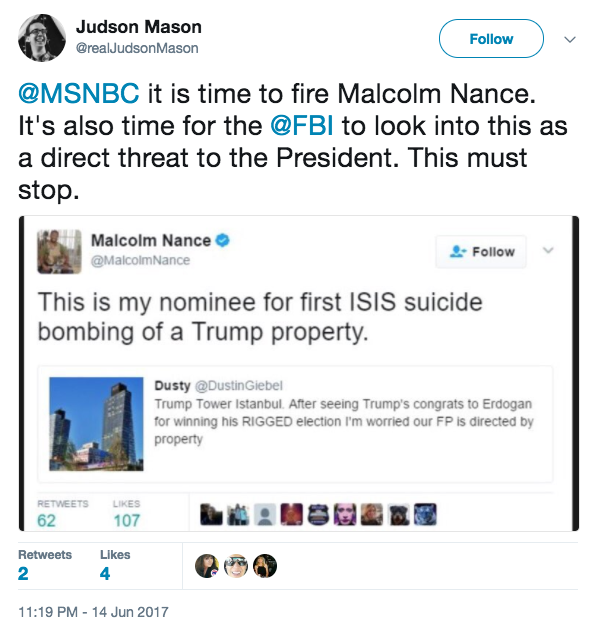 According to Chris Sampson, who has co-authored books with Nance, “There’s no way my Cro-Magnon brain would have interpreted that to say he’s threatening somebody.”

Rather, it was a “threat assessment” based on the fact that “both President [Donald] Trump and Turkish President Recep Tayyip Erdoğan are particularly resented by ISIS, and that both have recently been in the news together, making a location that both bears Trump’s name and is situated in Erdoğan’s country vulnerable.”

Sampson claimed that Nance would never advocate a terrorist attack.

According to Nance’s Twitter profile, he is an expert in “terrorist strategy, tactics, ideology.”

Nance has also referred to Trump as the “ISIS candidate” in the past.