Homeland Security report: Number of refugees coming into US decreased by nearly half

The number of refugees entering the United States in the second quarter of Fiscal Year 2017, January through March, has decreased under the Trump Administration by more than 12,000 refugees from the first quarter of this year, according to a recent report from the Department of Homeland Security (DHS).

There were 25,668 refugees who entered during the first quarter of Fiscal Year 2017, which was October through December 2016; compared to 13,411 refugees more recently during the second quarter, according to the DHS report. This is a difference of 12,257 refugees, or roughly 47 percent.

Compared to this quarter last fiscal year, under the Obama Administration, refugee arrivals are 12 percent lower, the DHS reported.

That might indicate an increased number of refugees coming into the United States during the end of the Obama Administration.

According to the United Nations High Commissioner for Refugees (UNHCR), “[the] number of refugees in the world is the highest ever seen.” 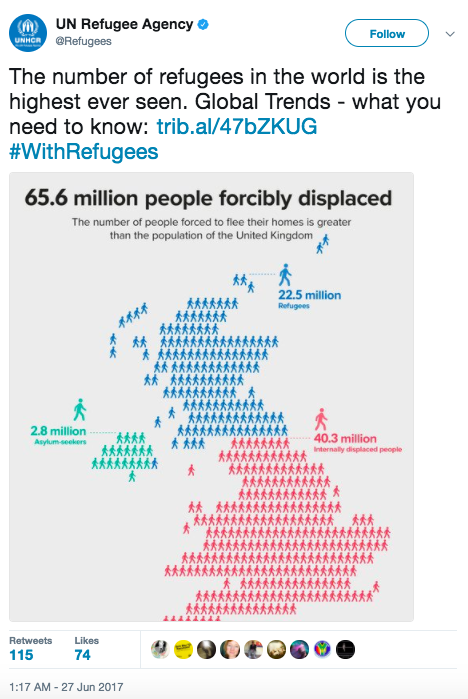 The DHS said refugees are primarily from five countries: the Democratic Republic of the Congo, Syria, Iraq, Somalia and Burma, according to the report.

“Except for Syria, these were also the leading countries of nationality in the first two quarters of Fiscal Year 2016,” the report said.

The DHS used data from the U.S. Department of State’s Worldwide Refugee Admissions Processing System (WRAPS) of the Bureau of Population, Refugees and Migration.