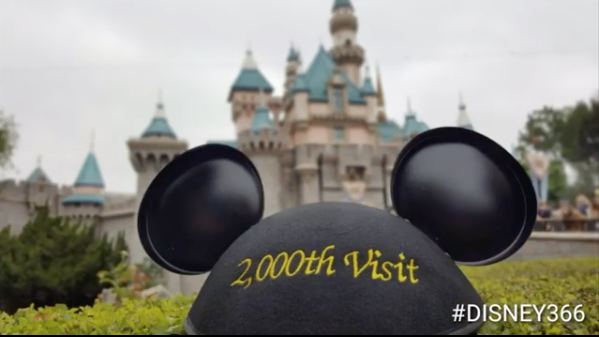 Reitz, 44, has visited Disneyland every day since January 1, 2012, according to a Disney news release.

The Disneyland Annual Passholder began his daily adventures to Disneyland Park and Disney California Adventure Park at the same time that the finishing touches were being put on Cars Land, which opened up that summer.

Reitz “credits the parks with giving him something to look forward to each day, noting that he enjoys hearing the music as he enters, interacting with the friendly park cast members, and watching the park guests having a good time,” the press release stated.

Reitz plans to continue his daily visits for as long as possible.

Reitz received the annual pass to Disneyland as a gift while he was unemployed.

“It was something to do to keep things fun,” Reitz said, according to NBC.

Reitz said that going to the park every day has been a tool of motivation for him.

Reitz found a job at the VA Long Beach Healthcare System later in 2012, but continued to visit the park every day. He regularly goes on the weekdays in the late afternoon and evening due to his job.

Over the years, he has met a number of celebrities and befriended several Disney employees and regular park-goers.

Reitz regularly posts pictures of himself, as well as other parts of the parks, on social media.