Four Arab states demand that Qatar shut down Al Jazeera news network and cut ties with Iran, among other requests

Four Arab states that have isolated Qatar over that country’s reported ties to terrorism have issued a list of 13 demands if the nations are to resolve this major Gulf conflict – and those demands include to shut down a news network and scale back ties with Iran. 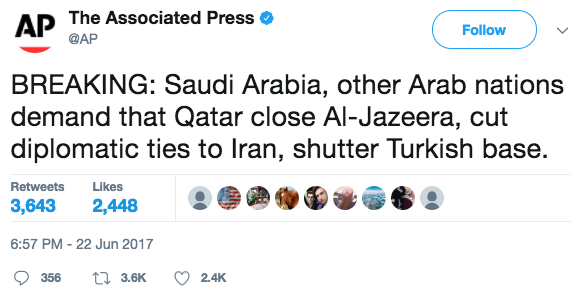 Saudi Arabia, the United Arab Emirates (UAE), Egypt and Bahrain have demanded that Qatar shut down the Al Jazeera news network, reduce diplomatic ties with Iran, stop development of a Turkish military base, cut ties to terrorist organizations, stop interfering in the four counties’ affairs, and stop giving Qatari nationality to citizens of those four counties, among other things, according to CNN; the country has 10 days to comply. 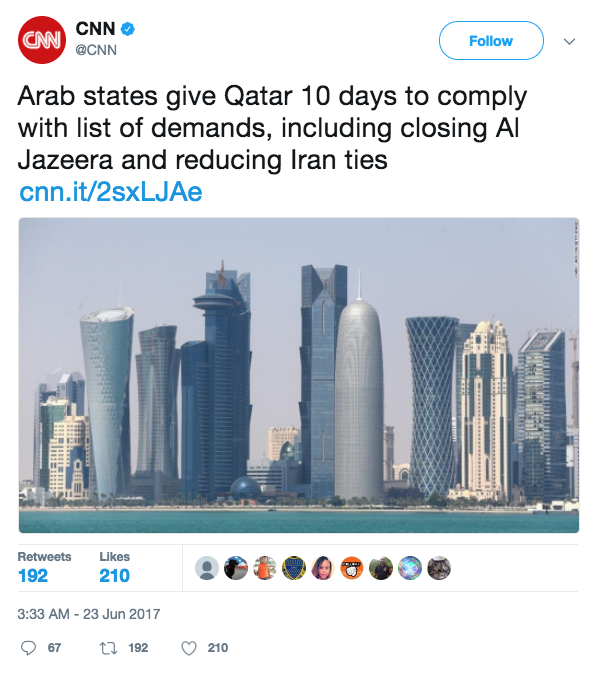 In addition, Qatar must say it is breaking ties “with terrorist, ideological and sectarian organizations including the Muslim Brotherhood, Islamic State, al Qaeda, Hezbollah, and Jabhat Fateh al Sham, formerly al Qaeda’s branch in Syria, […] and surrender all designated terrorists on its territory,” according to Reuters.

Reuters reported that an official for one of the four Arab nations detailed the demands send to Doha, Qatar’s capital city. The Associated Press said it obtained a copy of the demands and translated it from Arabic.

“The demands aimed at ending the worst Gulf Arab crisis in years appear designed to quash a two decade-old foreign policy in which Qatar has punched well above its weight, striding the stage as a peace broker, often in conflicts in Muslim lands,” according to Reuters.

Qatar has been accused of supporting and funding terrorism and creating regional instability.

“Doha’s independent-minded approach, including a dovish line on Iran and support for Islamist groups, in particular the Muslim Brotherhood, has incensed some of its neighbors who see political Islamism as a threat to their dynastic rule,” Reuters reported.

Turkey has rejected the demand that Qatar shut down its military base there, “saying the base was a guarantor of security in the Gulf and demands for its closure represented interference in its ties with Doha,” according to Al Jazeera. 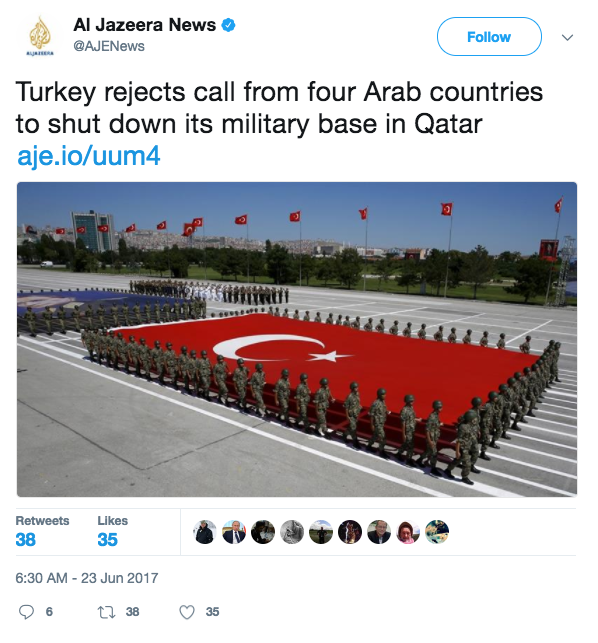 Qatar reportedly has 10 days to comply with the demands, after which the list becomes “void,” Reuters reported, meaning a resolution to this dispute might no longer be found through the 13 demands.

The four Arab counties that are boycotting Qatar initially cut all ties – including economic, diplomatic and travel ties – on June 5.

President Donald Trump tweeted about Qatar on June 6, and said that “[during] my recent trip to the Middle East I stated that there can no longer be fudning of Radical Ideology. Leaders pointed to Qatar – look!” 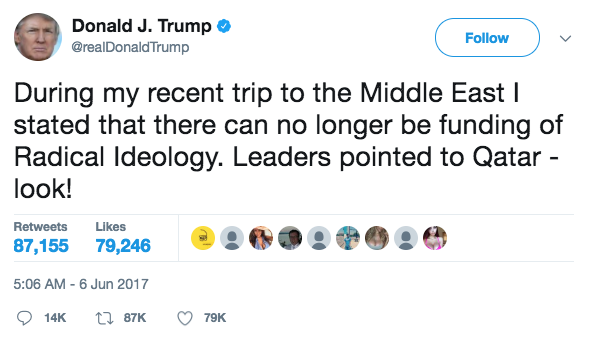 The next day, he said it was “[so] good to see the Saudi Arabia visit with the King and 50 counties already paying off.” 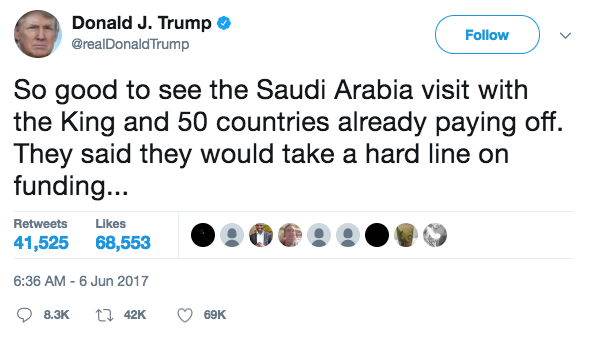 “They said they would take a hard line on funding […] extremism, and all reference was pointing to Qatar,” the President tweeted. “Perhaps this will be the beginning of the end of the horror of terrorism!” 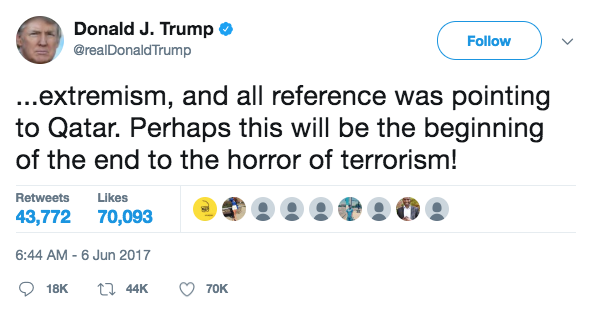