Bruce Lee, the legendary martial artist and actor, is known for his incredible athleticism and skills on the big screen.

Real footage of the martial arts master is scarce, since he died at the early age of 32 in 1973.

While Lee often sparred with his students, footage of what is claimed to be Lee’s only recorded MMA fight is going viral on the internet. 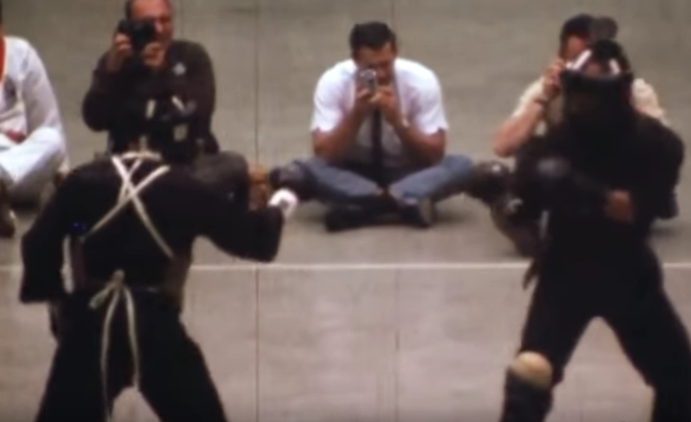 Lee, the founder of the martial art Jeet Kune Do (The Way of the Intercepting Fist), can be seen in this video with one of his top students, Ted Wong.

The two can be seen wearing black clothing with padded gear – this was reportedly part of the “state rules” at the time.

The footage was probably filmed in California. Lee had his studio there, and Wong also studied there.

On several occasions Wong is the aggressor and attempts to take out Lee, but Lee is able to counter him and even floor him with punches.

Lee was also famous for several improvised moves he learned through studying Wing Chun, including the one-inch punch.