Following the police shooting of an Algerian student during an attack on a police officer at the Notre Dame Cathedral in Paris, police presence around high-traffic tourist destinations has increased twofold.

And, following the Charlie Hebdo attacks in 2015, where two assailants walked into the weekly satirical newspaper offices and killed 12 people, the French police have been focusing on security procedures and bolstering their responses.

“The French police, and especially the Legion, has sought to emulate security practices put in place by many American security forces and law enforcement agencies,” said Kane W., who would prefer his last name remain anonymous for privacy. Kane is a former Legionnaire who served in a security team in Paris following the ill-fated terror attacks in November 2015.

“Operation Sentinel was designed to let the public see that the government was doing something productive with their security operations,” he said. “But the problem was, in reality, three soldiers walking through train stations throughout the country only encourages the terrorists to pick better targets instead.” 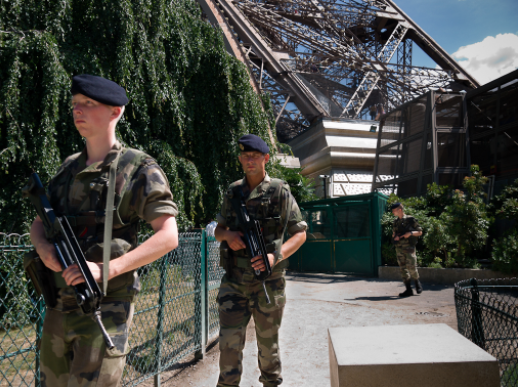 Military and law enforcement officials in France were criticized by their American counterparts for their lack of coordination following attacks in the city of Paris, but have been carefully reviewing their tactics and procedures, which they believe ensured the crises at the Notre Dame Cathedral ended without further casualties.

“Security has been bolstered throughout the city. They have made themselves less visible to the public, [but] they are constantly alert and always vigil now,” Kane said. “No French official wants another attack like the one in 2015, and while they understand that they cannot prevent each and every attack, they can properly arm and train their police similar to America’s and the U.K.’s, and in my opinion, that’s exactly why the criminal today was brought down so swiftly.”