Police Report 5 Fatalities, Including The Shooter, After Orlando Workplace Shooting

Five people – including the shooter – are dead after a workplace shooting in Orlando this morning. The incident is not terrorism, but rather a work-related incident, according to reports.

The situation is “contained and stable,” the Sheriff’s Office said at the time.

This shooting comes very near the one-year anniversary of the Pulse nightclub shooting in Orlando on June 12, 2016, where a gunman killed 49 people and injured 53 others in an act of terror and hate crime.

No other details were yet available, but various outlets and persons have tweeted about the event. 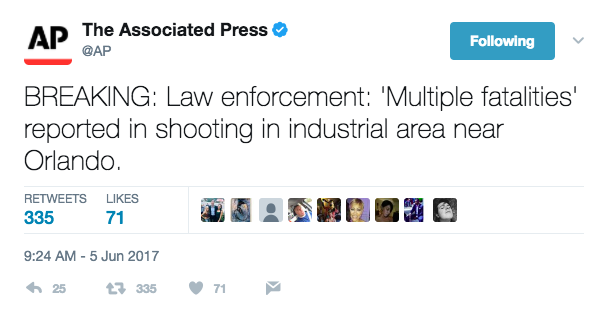 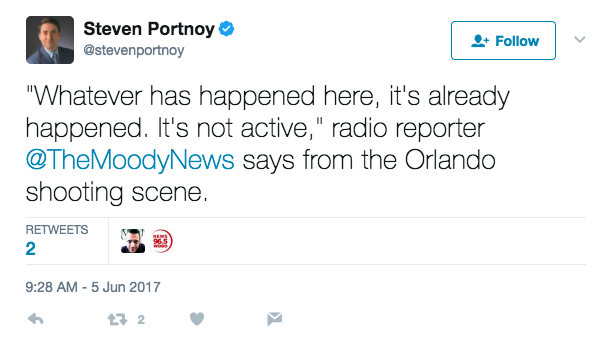