Barron Trump & the Marine: Barron, impressed, snaps pictures of a Marine after exiting Marine One

Barron Trump, the 11-year-old First Son of President Donald Trump and First Lady Milania Trump, has made a few headlines of his own recently, especially since moving into the White House full-time. 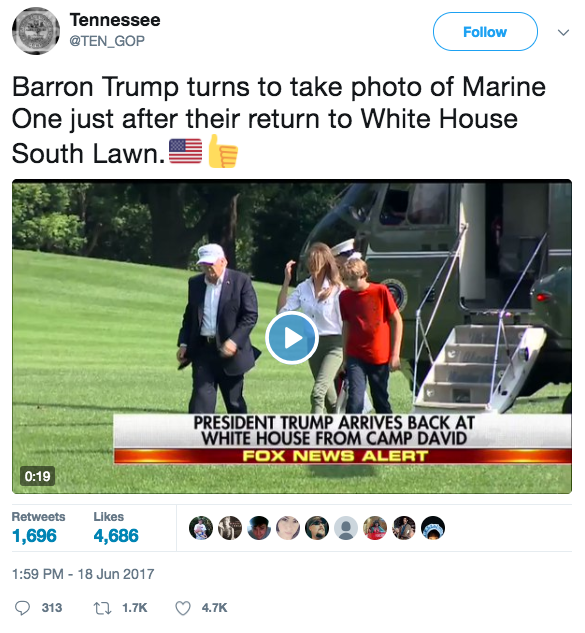 This time he clearly thinks the Marine outside of Marine One looks pretty awesome, and he snaps some pictures.

After returning with his parents from Camp David in Maryland, he stepped off Marine One on June 18 and noticed a U.S. Marine standing at attention.

Barron took out his cell phone and snapped a photo. He then turned around and did it again. Then he checked to make sure the photo came out well.

It was a smooth move, and would likely garner the approval of any of Barron’s friends and family members.

Turns out the First Son is just like the rest of us: very impressed by the U.S. Marines.