Mike Dubke has resigned as White House communications director, the media has learned from a U.S. official.

The official wished to remain anonymous, according to reports, as the personnel change has not been officially announced. Dubke tendered his resignation on May 18.

Dubke has served for the past three months, working with White House Press Secretary Sean Spicer.

The White House communications team has recently come under criticism during the FBI’s investigation into the Russia scandal, and whether or not officials discussed business with Russia before President Donald Trump was even in office.

The communications team has also come under scrutiny for its handling of White House leaks – often from anonymous sources within the White House, including the most recent leaks to the media regarding the identity of the Manchester Arena suicide bomber.

President Trump recently tweeted that any leaks out of the White House “are fabricated lies made up by the #FakeNews media.” 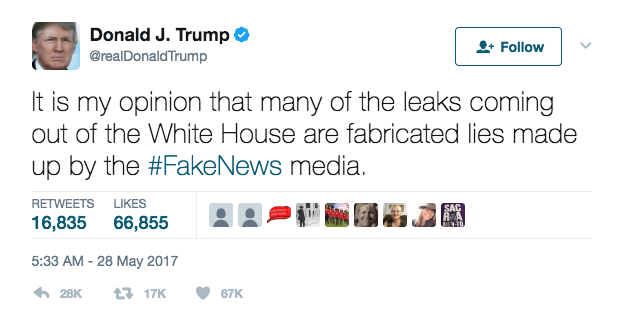 The Washington Post reported that Dubke sent an email on Tuesday morning, stating “[i]t has been my great honor to serve President Trump and this administration. It has also been my distinct pleasure to work side-by-side, day-by-day with the staff of the communications and press departments.”