To the outside world – and even to Marine recruits – Marine Corps drill instructors are a special breed. They are known for being mean, loud and relentless, and they can make life pretty miserable for trainees.

But the instructors also often possess the unique talent of calling cadence. Calling cadence is a sing-song way of keeping rhythm while marching troops from one place to another, and the voice performance allows Marines to keep order and alignment.

Calling cadence is used more for ceremonial purposes today, as tight rigid marching formations are a thing the past. But some drill instructors still master the art, and they even have the chance to compete with one another in a cadence competition.

Check out some drill instructors competing in a cadence contest in the video below:

According to the video’s uploader, members of the West Coast Drill Instructor Association gathered at Marine Corps Recruit Depot San Diego for their annual reunion. Several events were held culminating in the final competition, “The Best Damn Cadence Calling Contest in the West.”

Individuals who sought to compete were tasked with coming up with their own unique cadence calls to demonstrate their abilities. While some instructors went with a more traditional marching pattern of words and sounds, others seem to almost perform an opera-like song for the judges.

The contest is pretty interesting in a lot of ways. While military men are often tasked with proving their worth by being the fastest, strongest, toughest or fiercest soldier, these decorated vets have their own way of deciding who is best. Furthermore, the contest certainly shows a softer side of the menacing drill instructors often seen shouting at their units. 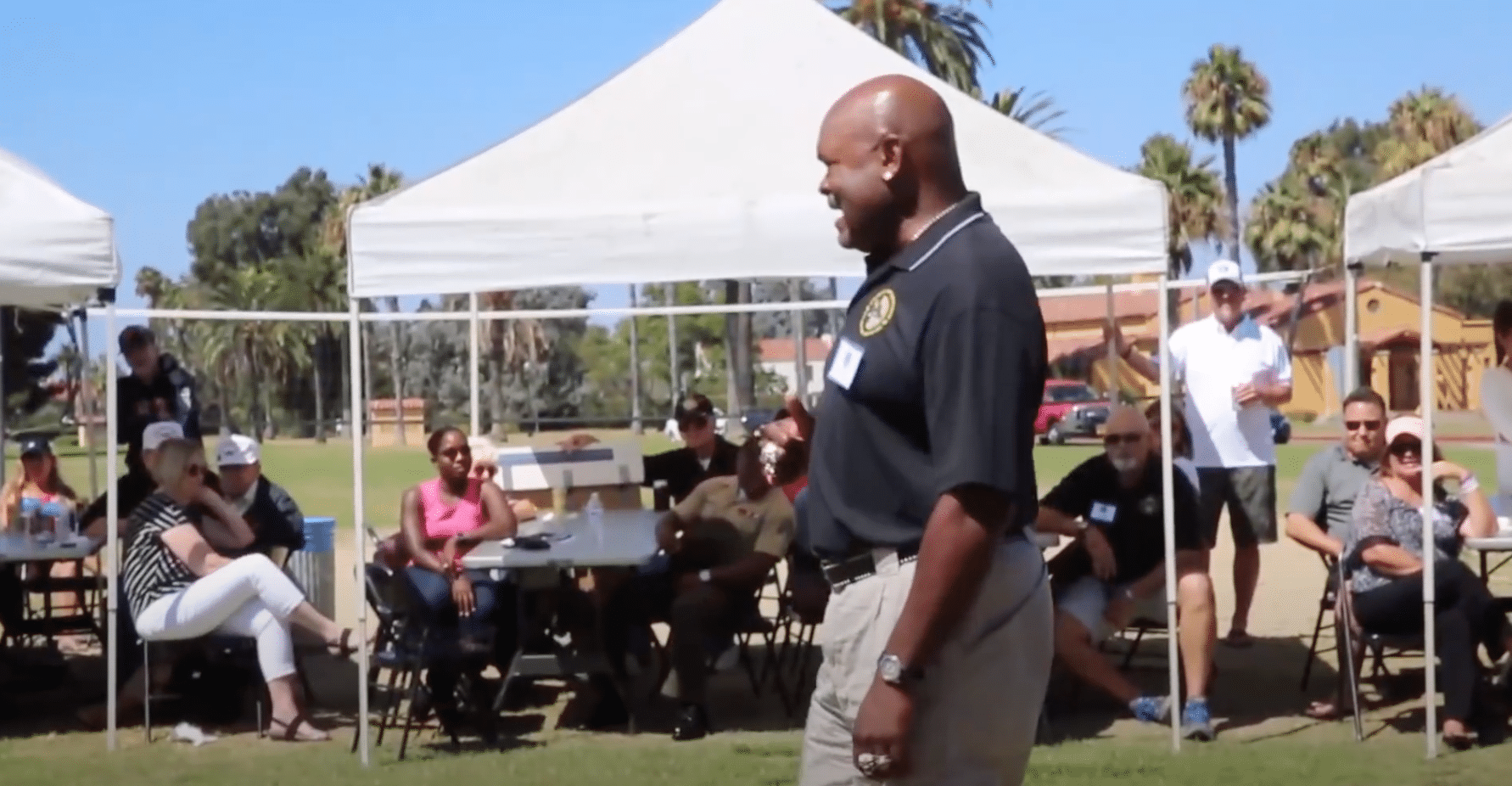 In the end, the Best Cadence Caller in the West was decided for Shafi McCants, who performed a surprisingly beautiful song-centered cadence that might have been worthy enough for America’s Got Talent instead. McCants was even given an impressive golden trophy for the distinction, and will no doubt be the standard to beat for drill instructors around the world.