Units across the military have received awards for valor during many of the wars our nation has participated in. From World War 1 to Vietnam, many grateful nations have shown their respect to units who have toughed it out through hard fought battles and campaigns. One such award still maintains the highest honor and ceremony even today, the French Fourregére.

Earned by Marines of the 5th and 6th Marine regiments during the battle of Belleau Wood in World War 1, every new Marine stationed with the unit goes through a brief ceremony explaining the historical prominence of the revered award, as well as what it means to honor those that gave them the right to wear it. It signifies the wearer as a member of one of the two historic regiments, and can only be worn while stationed with the unit, however, there are instances where the Marine can continue to wear the award in uniform. 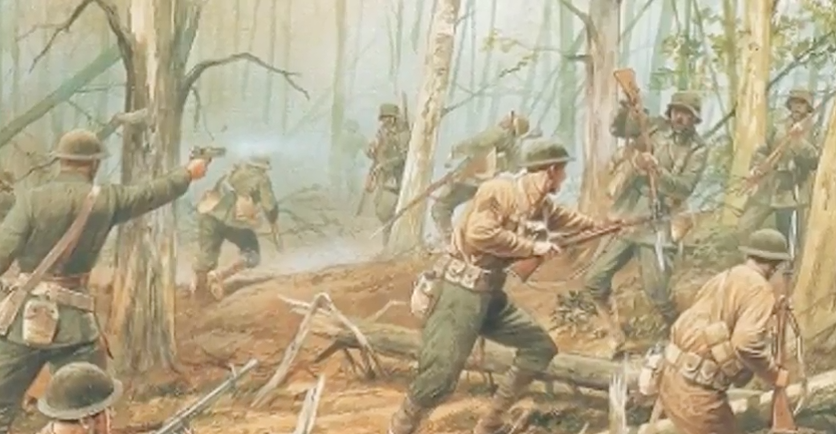 The Marine Corps is no stranger to its history, much of which is pounded into the heads of every single Marine since the day they arrive for boot camp. The ceremony for the French Fourregére is a time-honored tradition that will stand the tests of time.

Check out the history for yourself in the video below: