Rules and protocols? What rules and protocol? There was no waiting around for 3-year-old Cooper back in 2014, who ran up and hugged his mother when he simply could not wait for his her to be dismissed after serving nine months in Afghanistan with the National Guard.

Cooper just wanted to be with mom, and it’s easy to understand why. As soon as he saw her, he ran over while she was still in formation waiting to be dismissed. 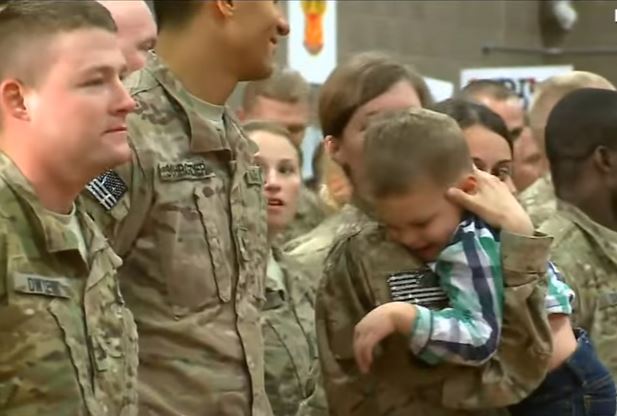 Toddler runs to mom before formation gets dismissed.

Cooper’s mom is with the U.S. Army 114th Transportation Company (114th TC), a Minnesota Army National Guard Company headquartered in Duluth, with a Detachment in Chisholm.

The 114th TC, known as “The Wolfpack,” is responsible for line haul, local haul and re-supplying mobile combat units.

The reunion of Cooper and his mother is just one of those moments captured on camera by the local TV station after the unit deployment returned back in 2014.

After a special Mother’s Day weekend, this moment help us remember what serving one’s country is all about. 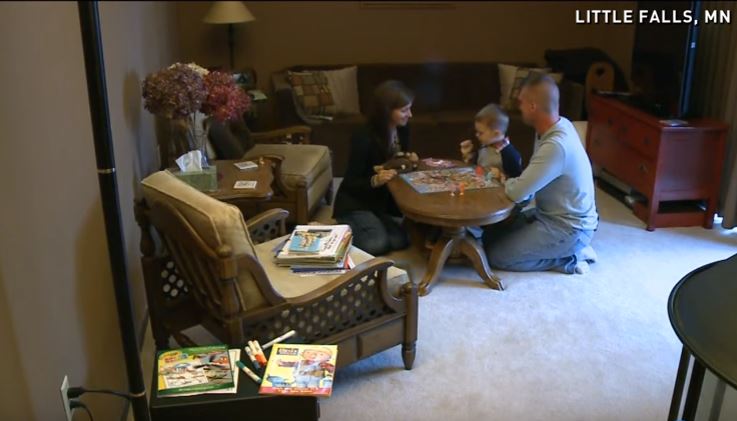 A rare moment where Cooper got to enjoy both of his parents at the same time.