USAA, a financial services firm often used by active and retired military service members and their families, has come under great scrutiny after pulling its advertising from Fox News’ Sean Hannity Show.

The financial services firm said this week that it has a policy not to advertise during opinion-based television programming. Sean Hannity is television host on Fox News and a nationally syndicated radio host.

USAA tweeted this week that “advertising on opinion shows is not in accordance with our policy.”

“We are no longer advertising in relation to Hannity,” it added.

“There was an error which led to our ads running during certain opinion-based programs,” according to the San Antonio-based firm. “… [a]nd as soon as that was discovered, the error was corrected. We will continually review our ad placements to ensure we are consistent with our policy.”

The firm began to receive significant criticism across the social media platform over its decision. 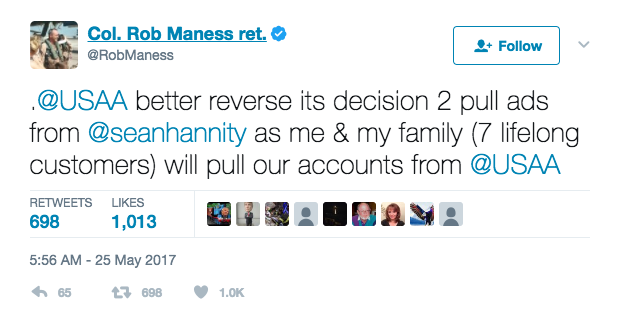 Dan Bongino, a self-titled “renegade Republican” and former Secret Service Agent and New York Police Department member, said that “catering to a conservative client-base […] is NOT a receipt for success. 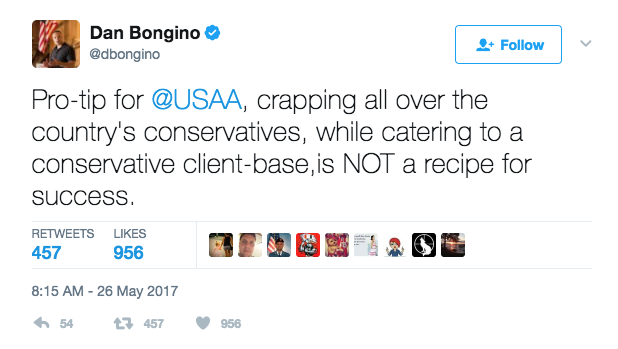 “I support tolerant and diverse political views,” he added.

Many other Twitter users had tweeted they would be switching their coverage following the incident.