Tucker Carlson Video: ‘If You Care About America, You Wouldn’t Want It To Become Europe’

Fox News political commentator Tucker Carlson said this week that Americans must make sure the U.S. does not “become Europe” and adopt politically correct “multiculturalism” no matter the cost.

He said U.S. leaders are willing to suppress data that shows a growing number of Muslims who believe suicide bombings are justified, and that this is not to our advantage. 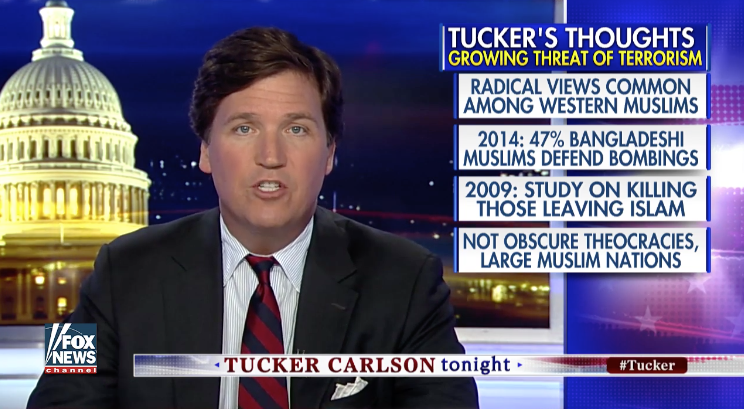 “If you really cared about America, you wouldn’t want it to become Europe – dangerous, divided, unstable,” he said during a recent episode of Tucker Carlson Tonight on Fox. “You wouldn’t import a massive Muslim minority into your country simply because it made you feel open-minded and virtuous, and then hope for the best.”

“If you really cared about the country you led, you’d figure out how to make sure every person you imported, of any religion, enthusiastically shared your most cherished values,” Carlson said.

“We do the opposite,” he pointed out. “Our leaders worship multiculturalism and encourage immigrants to reject our culture in favor of their own because all cultures are equal.”

They are not all equal, Carlson said, as the world was reminded earlier this week with the Manchester Arena bombing in the UK that killed 22 people – including an 8-year-old girl, and injured 59 others.

“Defend what you believe in, or you will lose it,” he said.

Carlson and Katie Hopkins, a British media personality and columnist, got into a discussion regarding the issue on Twitter. 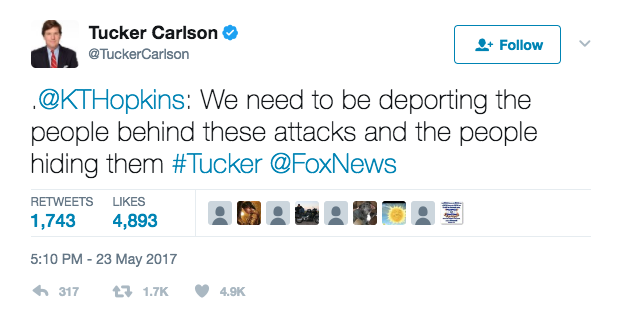 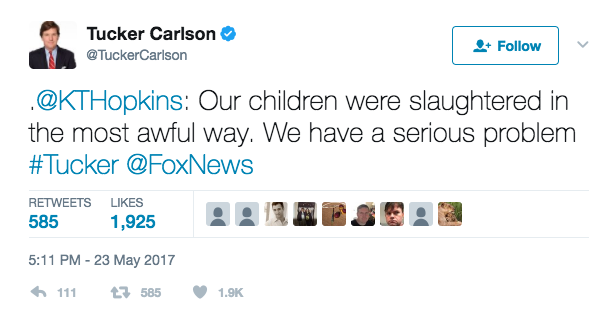 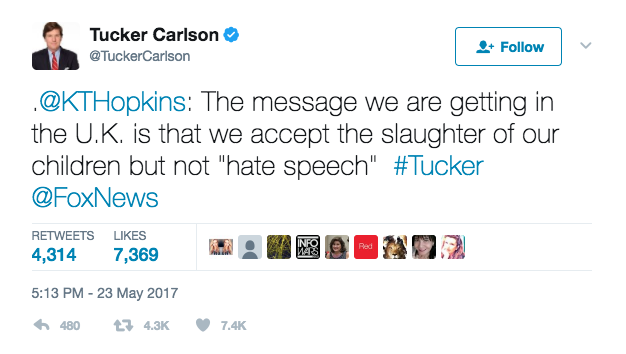