Jared Kusher, son-in-law of and senior advisor to President Donald Trump, is now under FBI scrutiny for possible ties to the agency’s Russia investigation.

U.S. officials said they believe Kushner might have information pertaining to the investigation, but it does not mean he will be charged, according to NBC News.

According to Jamie Gorelick, Kushner’s attorney, he would cooperate in any investigations of his past meetings with Russian officials. 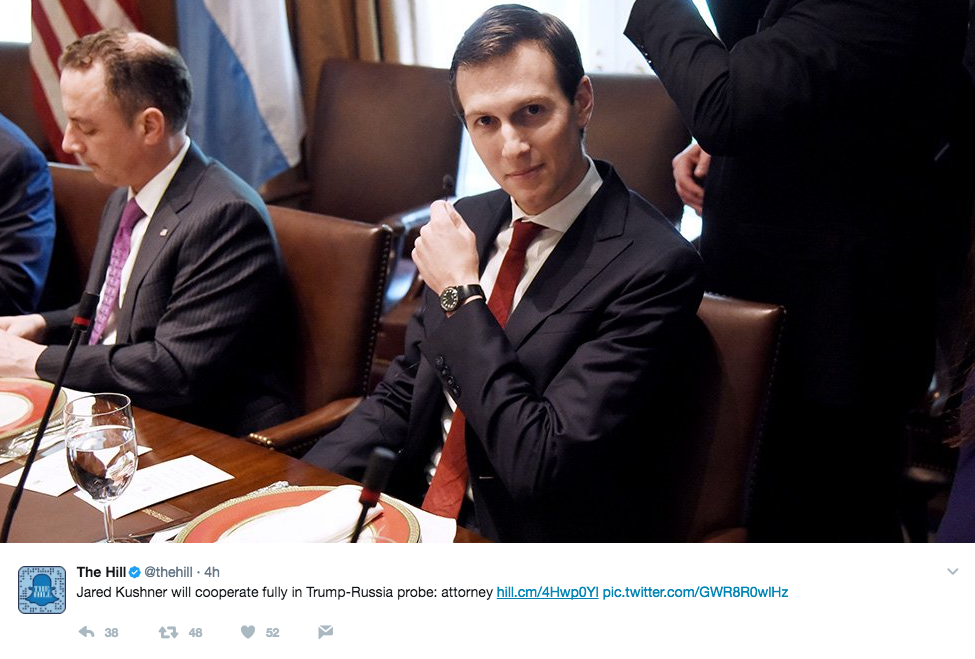 “A ‘subject’ of an investigation is a person whose conduct is within the scope of the grand jury’s investigation,” according to the Department of Justice’s U.S. Attorney’s Manual.

Flynn resigned from his post in February amid controversy that he could be subject to Russian blackmail for speaking with Russian officials before the President was sworn into office.