Procurement of the flashy new Joint Light Tactical Vehicle, otherwise known as the JLTV, is moving much slower than officials initially estimated, according to new reports.

The armored truck was created a few years ago with the intention of finally replacing the aging humvee. But both branches have said they intend to procure the vehicles over the span of a few decades, which many say is far too long. 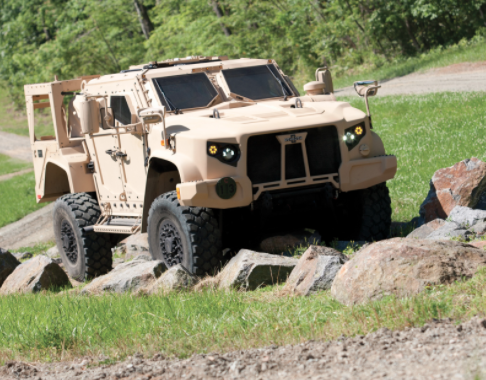 Retired Army Lt. Gen. Thomas Spoehr told reporters at National Defense Magazine that the service was taking what he considered to be an “inordinate amount of time.”

He went on to say that, “[g]iven the fiscal environment and the success of the vehicle so far, the services could buy more at a faster rate and cut the program’s timeline down even further. Typically when you buy things faster, you get a better price.”

While President Donald Trump has asked for giant boosts to the defense budget, many foresee that the current world climate calls for increased combat readiness and efficiency, meaning delays of programs like the JLTV.

Some top military officials do not expect to wait decades in order to fully integrate their troops with new equipment, which in the past has caused a plethora of problems for battlefield commanders in Iraq and Afghanistan.

As of now, the Army plans to fully acquire 55,000 JTLVs by the mid-2030s, splitting the fleet between two different variations of the new vehicle.