The Philippine Military is working hard to oust Islamic militants from the southern city of Marawi, after the ISIS-aligned Maute group violently took control of the city on Tuesday.

The conflict began when fighters of the Abu Sayyaf militant group pledged their allegiance to the Islamic State and tore through the city of Marawi, kidnapping a Catholic priest and burning buildings to the ground as they went, and eventually raising the black flag of the Islamic State over the city. 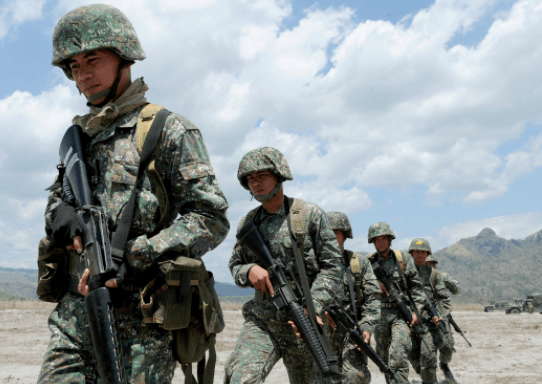 The death toll has risen to nearly 100, including 16 civilians, 61 militants, 11 soldiers and four Filipino police officers., prompting President Rodrigo Duterte to declare martial law in the southern city until at least mid-July.

Military Chief of Staff Gen. Eduardo Ano told the Associated Press, “[t]hey are weak. It’s just a matter of time for us to clear them from all their hiding places.”

“Our ground commanders have assured that the end is almost there,” Military Spokesman Restituto Padilla told reporters. “We’re trying to isolate all these pockets of resistance.”

“Our ground commanders have assured that the end is almost there,” Padilla said while speaking to Reuters reporters. “We’re trying to isolate all these pockets of resistance.”