The Pentagon on Tuesday successfully tested a long-range interceptor missile over the Pacific Ocean.

In the wake of North Korean’s 12th ballistic missile launch this year – and just the third in two weeks, it was an important test for the U.S. to see how it would react were the country to perceive any such threat from North Korea. 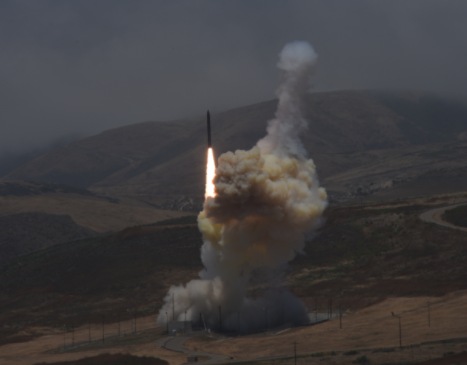 During the United States’ test, the interceptor collided with and destroyed an intercontinental ballistic missile target (ICBM) fired from the Reagan Test Site on Kwajalein Atoll in the Republic of the Marshall Islands, according to the Missile Defense Agency.

The MDA launched the interceptor missile from an underground silo at Vandenberg Air Force Base in California.

This was the first live-fire test event against an ICBM target for the Ground-based Midcourse Defense (GMD) element of the nation’s ballistic missile defense system. 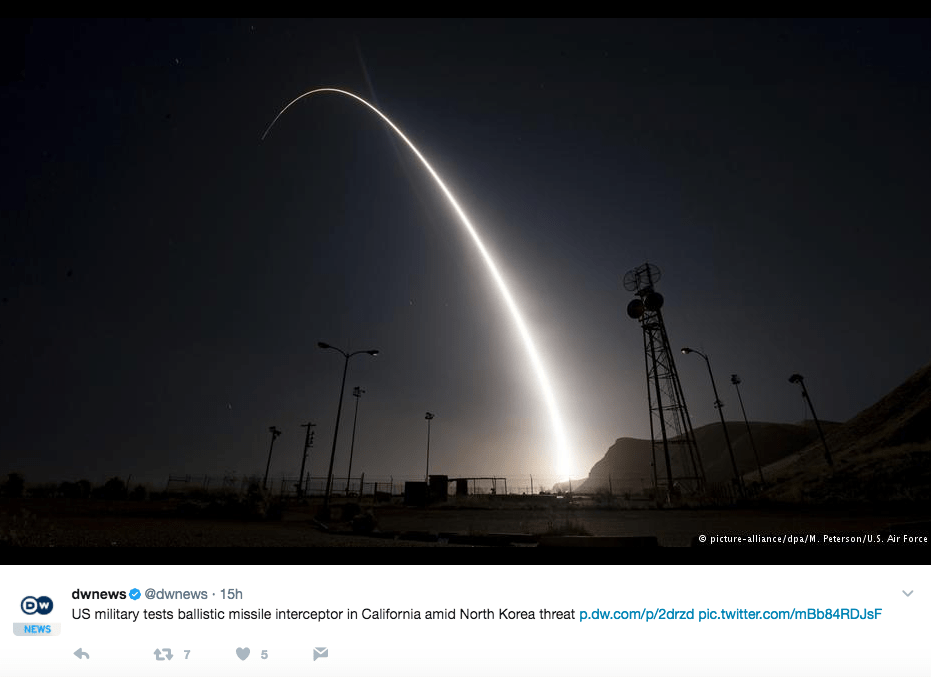 “Multiple sensors provided target acquisition and tracking data to the Command, Control, Battle Management and Communication (C2BMC) system,” the MDA said in a press release. “The Sea-Based X-band radar, positioned in the Pacific Ocean, also acquired and tracked the target. The GMD system received the target tracking data and developed a fire control solution to intercept the target.”

The interceptor was launched from Vandenberg Air Force Base, and “its exo-atmospheric kill vehicle intercepted and destroyed the target in a direct collision,” the MDA said. 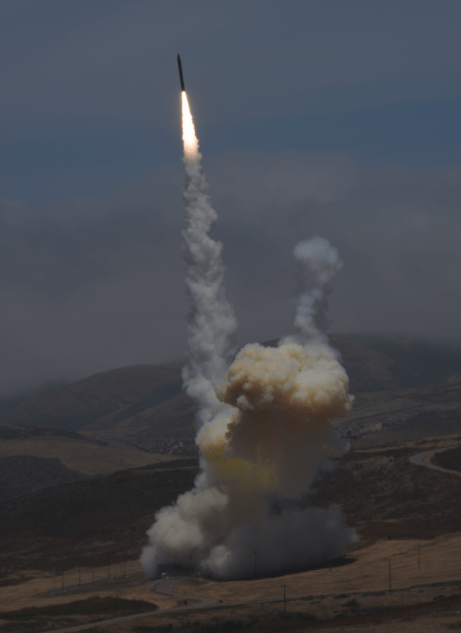 “The intercept of a complex, threat-representative ICBM target is an incredible accomplishment for the GMD system and a critical milestone for this program,” said MDA Director Vice Adm. Jim Syring. “This system is vitally important to the defense of our homeland, and this test demonstrates that we have a capable, credible deterrent against a very real threat.”

“I am incredibly proud of the warfighters who executed this test and who operate this system every day,” he added.