A suicide car bomber has killed 80 people and injured about 350 others Wednesday morning in Kabul, the capital of Afghanistan, during rush hour.

The enormous explosion took place near what is considered a highly secure diplomatic area, and it was speculated that the bomb was powerful enough to destroy at least 30 vehicles. 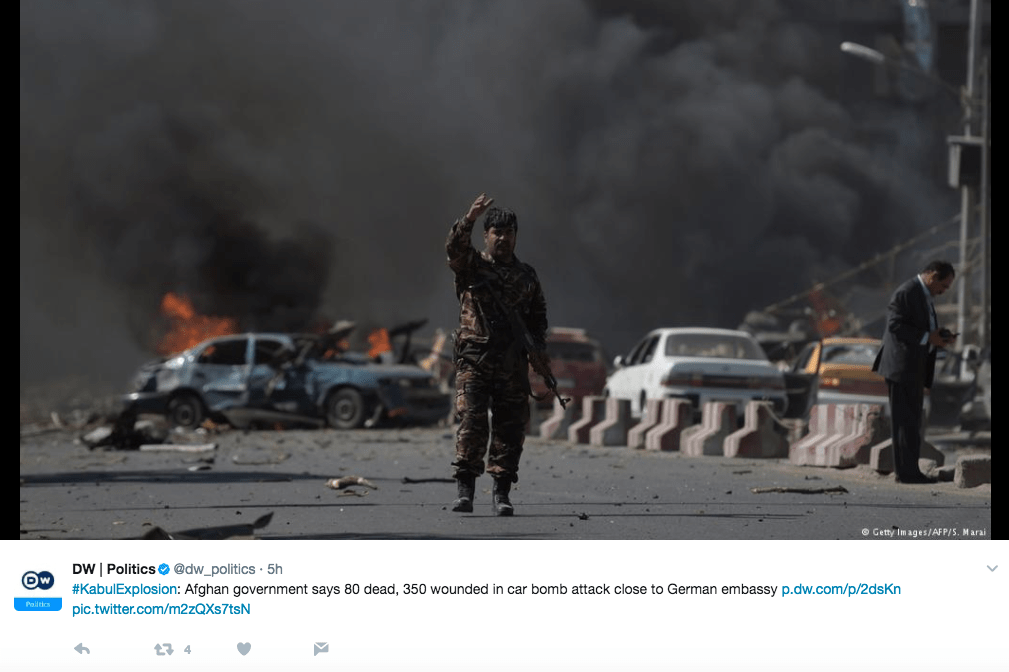 A deputy spokesman for the Interior Ministry told Fox News that most of the casualties appeared to be civilians.

This blast comes just one day after other bombs went off in Baghdad both outside a popular ice cream parlor and during rush hour, killing 31 people.

No group has taken responsibility for the Kabul bombing yet, but this type of attack is something wagered by both ISIS and the Taliban in the past.