The Bell Boeing MV-22 Osprey is the U.S. Marine Corps’ multi-mission tiltrotor military aircraft with both vertical takeoff and landing (VTOL), and short takeoff and landing (STOL) capabilities, designed to combine the functionality of a conventional helicopter with the long-range, high-speed cruise performance of a turboprop aircraft.

The AWG-35(V) Defense Weapon System (DWS) is the U.S. Marine Corps’ version of BAE Systems’ Remote Guardian System (RGS). It provides the Marines with maximum protection from threats near the landing zone, giving the V-22 aircraft its critical self-defense capability. 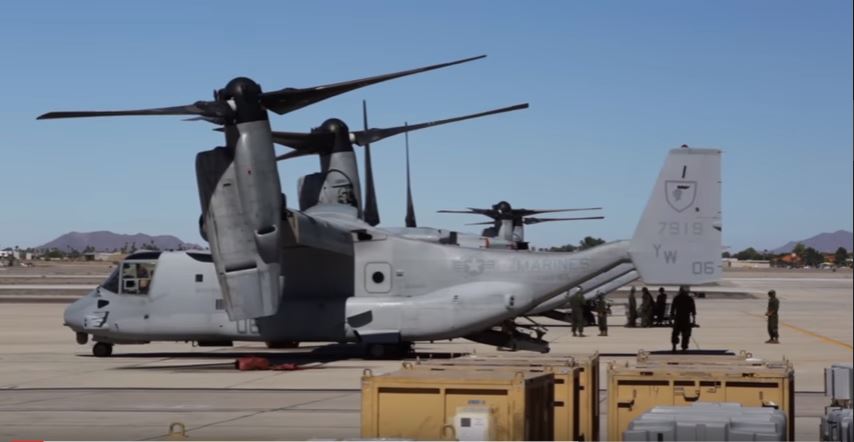 The DWS is a mission-configurable, crew-served Night Vision Device (NVD) compatible system that is located in the cabin area.

The system is remotely operated by a non-pilot crew member and has the capability to provide suppressive fire to engage troops and light armored vehicles with its maximum sustained rate of fire.

The system can be quickly installed underneath the MV-22 Osprey aircraft.

The remote-controlled gun turret setup uses a three-barrel 7.62mm GAU-17 machine gun that is capable of shooting 3,000 rounds per minute in a 1-meter-by-1-meter box from a distance of 1,200 meters.

A gunner uses a color monitor and a video game controller-like interface to operate the turret from the cockpit. 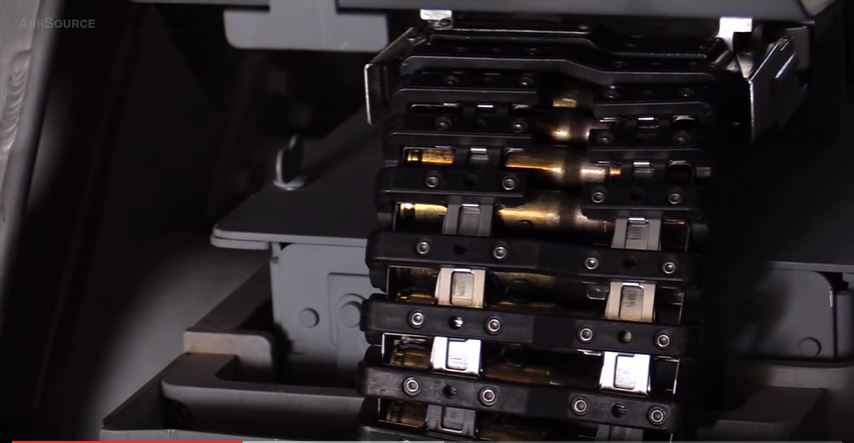