Republican Rep. Greg Gianforte won a special Congressional election this week, following an altercation with a reporter who claimed Gianforte allegedly “body slammed” him and broke his glasses.

Gianforte was charged with misdemeanor assault after the altercation with Guardian reporter Ben Jacobs, and the next day went on to win the election against Democrat Rob Quist in a race that was closer than expected. 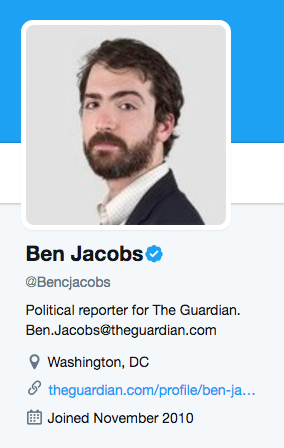 The Montana Secretary of State reported that Gianforte won 50 percent of the votes, and Quist garnered 44 percent in the special election. Libertarian Mark Wicks took 6 percent of the electorate.

In his acceptance speech, Gianforte apologized for the incident, saying he “made a mistake” in how he handled the reporter. 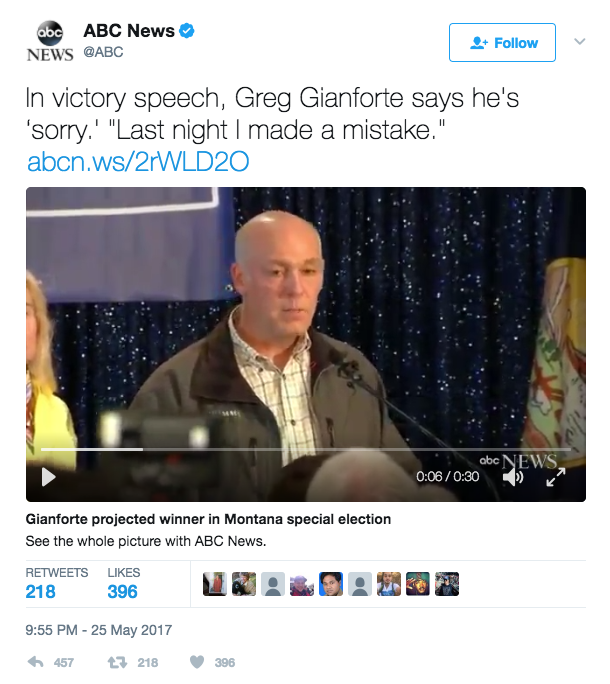 Politico suggested that “much of the vote had already been cast before Election Day in Montana, so it’s impossible to gauge the impact of Gianforte’s run-in with Guardian reporter Ben Jacobs.”

“But if nothing else, the Republican’s win demonstrates that a candidate’s hostility toward the media is no deal-breaker for voters — and it might even be helpful,” Politico said.

Gianforte tweeted that he was “humbled by this incredible honor” of winning the special election. 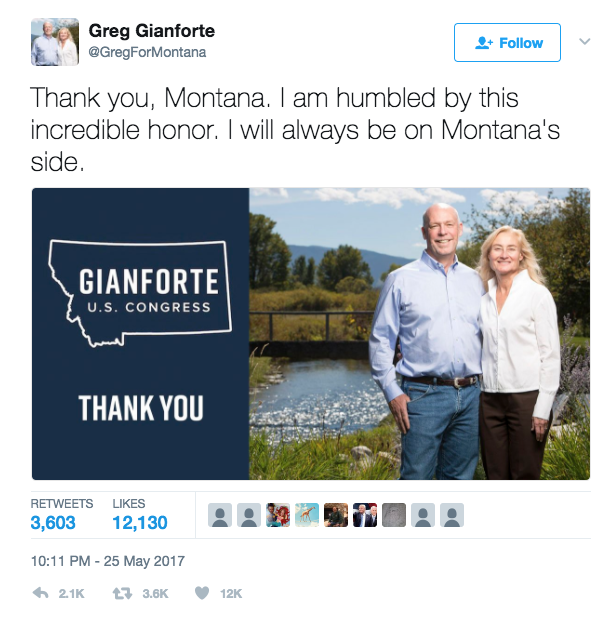