Sanctuary cities have come under criticism recently, and ironically, one of the biggest opponents of the Sanctuary City Bill in Maryland is a group of legal immigrants.

A sanctuary city is a city that limits its cooperation with the national government where it involves immigration laws. In such cities, federal police can’t always rely on local authorities to uphold immigration laws.

Across the country, those who feel that their time and effort was wasted by following the proper channels are now speaking out against the new liberal initiative to turn cities into sanctuary areas.

President Donald Trump has remained adamant on his plan to enforce immigration policy, however, and mayors from cities across the country who have challenged the policy now fear that the White House might cut off money to small local governments, who need it, for working against them.

Attorney General Jeff Sessions said that only those who refused to comply with specific parts of the federal order would face subsidies.

Many new, legal Americans feel they have plenty of ground to stand on when it comes to battling immigration.

Some believe that the violence in already low-income neighborhoods across Maryland has reached abysmal levels, while others worry that all the controversy surrounding sanctuary cities and crime may put their own status as American citizens in jeopardy.

While many democrats thought the area would be the perfect place to house the surplus of illegal immigrants, others have disagreed. Those with now-legal status residing in the areas of Washington, D.C., and Baltimore, Maryland, thought that allowing illegal immigrants into their communities devalued the personal struggles they had to endure to go through the process the correct way. 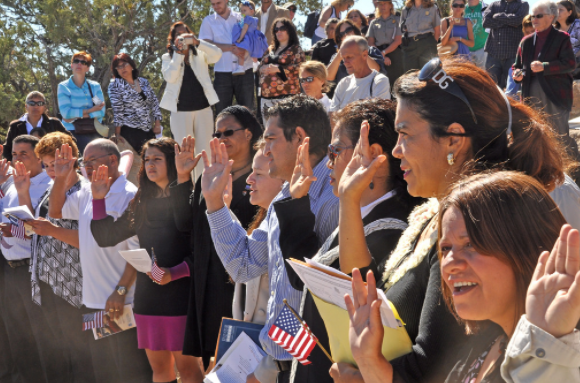 This animosity toward allowing leniency in the system after years of stringent immigration policy, as well as war and chaos around the globe that has led to mass immigration, is felt by many other legal immigrants outside of Maryland.

Katy Perry Says 'No Barriers, No Borders' & To 'Coexist' In Response To Manchester Bombing