The 4th Circuit Court of Appeals in Richmond, Va., upheld a lower court ruling, which was suspension of the updated travel ban the Trump Administration put forth after much legal scrutiny.

In March, President Trump issued a revised temporary travel ban executive order with alterations from the original that was signed in January.

In the new order, the President exempts existing visa holders from the travel ban and also removed Iraq from the original list of seven countries, bringing the number down to six countries.

The new order put a 90-day halt on issuing visas to citizen from Iran, Libya, Somalia, Sudan, Syria and Yemen.

The order also put a hold on accepting refugees from anywhere in the world for 120 days.

The President has insisted the travel ban is needed in order to fight terrorism.

In previous court rulings that block the ban, courts say it could single out Muslims.

The American Civil Liberties Union tweeted its joy over the ruling, saying “we won” against the President’s Muslim ban. 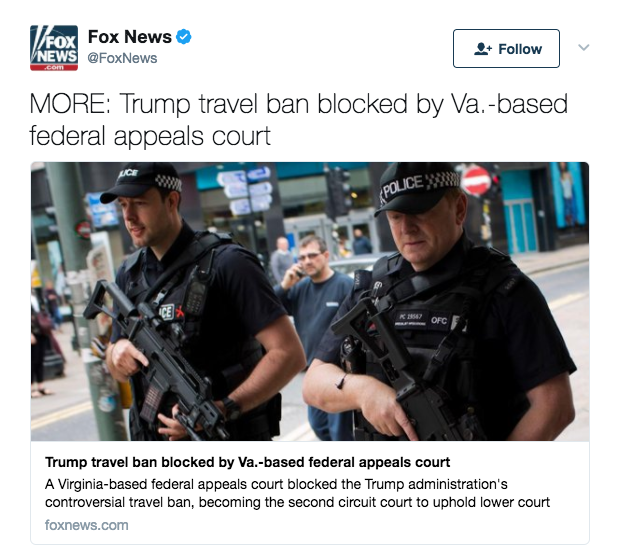