On the tails of learning about its ever-growing missile arsenal, North Korean might also have another terror in the sky that awaits its adversaries.

The North Korean military could have between 300 and 400 drones that are capable of carrying biological and chemical weapons to the South Korean capital of Seoul within one hour, according to a 42-year-old former Third Secretary defector from Pyongyang.

The defector, who spoke to the Japanese newspaper Sekai Nippo using the alias Jin-myeong Han, said the drone attacks are emanating from Pyongyang, according to an interview recently published by the newspaper.

Han defected from the Democratic People’s Republic of Korea in 2015. The drones are kept underground, he explained, and moved from location to location to avoid detection.

“I was surprised to see that people from the Korean Workers’ Party came and mounted something that appeared to be biological and chemical weapons on the drones,” he said to the Japanese newspaper.

“They conducted an experiment to spray chemical or biological agents over the mountains and fields nearby,” he said. “I went to the mountain afterward to check and found all animals dead, although plants survived.”

According to the interview, North Korea has been running a drone program since the late 1990s. 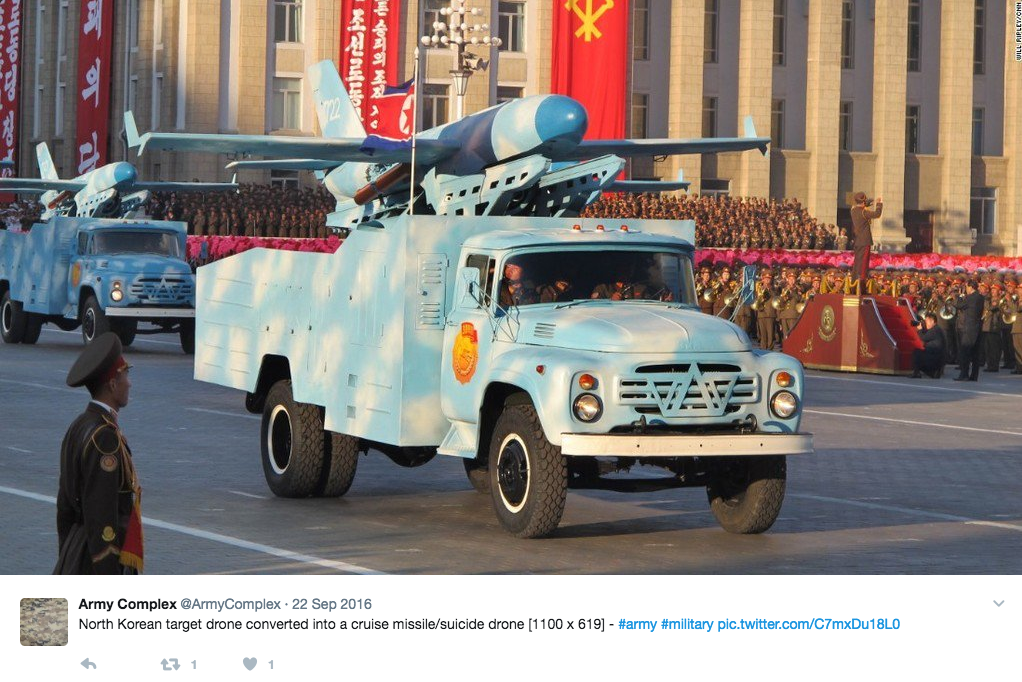 The claim comes during a time when North Korea has recently tested several of its missiles, having launched 11 this year already – including two ballistic medium-range missiles in one week alone.

North Korea most recently deployed a medium-range ballistics missile (MRBM) Pukkuksong-2, which the country touted as another success.

Retired Air Force Col. Rob Maness sees the threat of the “so-called North Korean ‘Drone Army’ as very similar to another, older weapon system, and that is the Soviet made AN-2 ‘Colt’ wooden bi-plane.”

“Similar to the Colt, these drones give [North Korea] an added stealth penetration and weapons delivery platform that is very difficult to defend against due to its low radar cross-section and the shear numbers the North can put up on any given attack,” Maness explained. “With good planning, constant ISR [Intelligence, Surveillance, and Reconnaissance] on the capability, and defensive tactics development, I don’t see the Drone Army as anything other than just another capability to defend against.”