A new series of propaganda videos created by the state-run news site China Daily, and featuring American journalist Erik Nilsson, shows a father sitting down next to his young daughter as he tucks her in and tells her about the vast benefits of President Xi Jinping’s Belt and Road initiative.

The Belt and Road Initiative is an enormous project that aims to create a vast network of ports and trade routes that would connect countries on four different continents, and thrust Chinese influence westward.

The propaganda videos not only feature but target a foreign audience, and are presented through platforms that Chinese citizens can rarely access, such as YouTube, Facebook and Twitter, all of which are heavily blocked by the Chinese government. 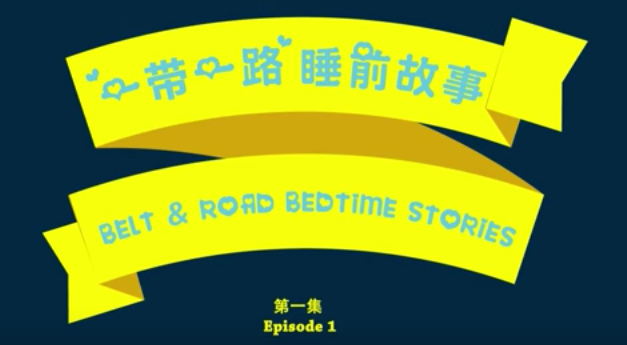 The cringe-inducing videos help further President Jinping’s influence and likeability into the European countries and other foreign nations where he hopes to build bridges, roads and ports.

Unlike many of the smaller nations, many of whom need the jobs and infrastructure money that the Belt and Road initiative would inevitably bring to their economies, the larger European countries have yet to be fully swayed by President Jinping’s rhetoric.

Li Yang, assistant professor of marketing at the Cheung Kong Graduate School of Business, said in one statement that the videos are mainly being used to “convince people outside of China that this policy is a good one that works for everybody.”

Nicole Talmacs, of Xi’an Jiaotong-Liverpool University, told France 24 News that “[t]he notion of a ‘bedtime story’ is very likely simply a means of ‘sweetening’ or removing any perceived aggression or threat that some may feel about the Belt and Road initiative.”

President Donald Trump’s reaction to the massive Eurasian plans remains to be seen, as he travels the Middle East to talk policy and meet with dignitaries.

Some former U.S. officials believe it would be wise of President Trump to step in and find a place for the U.S. to participate.

“It would be wise for President Trump to find a way to be involved,” Maness said. “I can see him using this opportunity to gain leverage against the rising tensions of North Korea. I doubt this is something that he won’t see as an opportunity to assert American influence.”

Check out one of China Daily’s bedtime propaganda videos below.