There is a lot to know about the B-2 Spirit stealth bomber besides the beauty of watching her soar with pride and fearlessly. 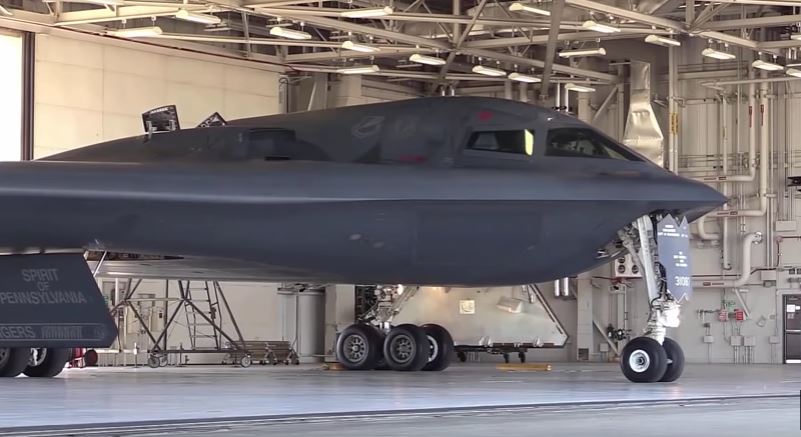 The 509th has been engaged in many conflicts since first using this capability during 1999 as part of Operation Allied Force. There, it took out 33 percent of the Serbian targets in eight weeks, according to the Air Force.

The B-2 was the first response by the military on 9/11 and also to occupy the Taliban and Al Queda forces in Oct. 2001, according to Whiteman Air Force Base.

According to National Interest, “the B-2 is the most advanced bomber in U.S. service, and the only one of three types that still carries nuclear gravity bombs.” It was initially designed to permeate Soviet air-defense with nuclear weapons.

Learn more about it below:

The B-2 Stealth Bomber is practically indestructible. It has the capacity to “fly 6,000 miles without the need to refuel and it can haul in excess of 20 tons of weapons, both conventional and nuclear and deliver them in any weather conditions,” Northrop Grumman stated.

The B-2 is undetectable and unable to be tracked by adversaries, even the most sophisticated. It also uses a crew of two pilots, whereas the B-1 used a crew of four. It can be armed with conventional or nuclear weapons.

The B-2 is made of advanced composite materials, including resin-impregnated graphite fiber, which helps it keep a sleek profile while remaining stealth.

While Northrop Grumman manufactured the aircraft, “Boeing built the outboard portion of the wing, the aft center fuselage section, landing gears, fuel system and weapons delivery system,” Boeing revealed. In 1991, the B-2 design team was awarded the Collier Trophy for the greatest achievement in aeronautics or astronautics in America by the National Aeronautic Association of the U.S.A.