Aerial refueling operations have taken an outsized importance in recent times. The ability to refuel a flying fighting aircraft is an invaluable asset to any military organization in the world. It just so happens that no other country is remotely close to the U.S. when it comes to refueling operations. Aerial refueling, also referred to as air refueling, in-flight refueling (IFR), air-to-air refueling (AAR), and tanking, is the process of transferring aviation fuel from one military aircraft (the tanker) to another (the receiver) during flight.

The procedure allows the receiving aircraft to remain airborne longer, extending its range or loiter time on station, and allowing a takeoff with a greater payload which could be weapons, cargo, or personnel. A series of air refuelings can give range limited only by crew fatigue and engineering factors such as engine oil consumption. On this day and age where long range missiles have the capability to reach any base virtually anywhere around the globe, this provides the U.S. Military and its allies, without a doubt, with a very important asset. 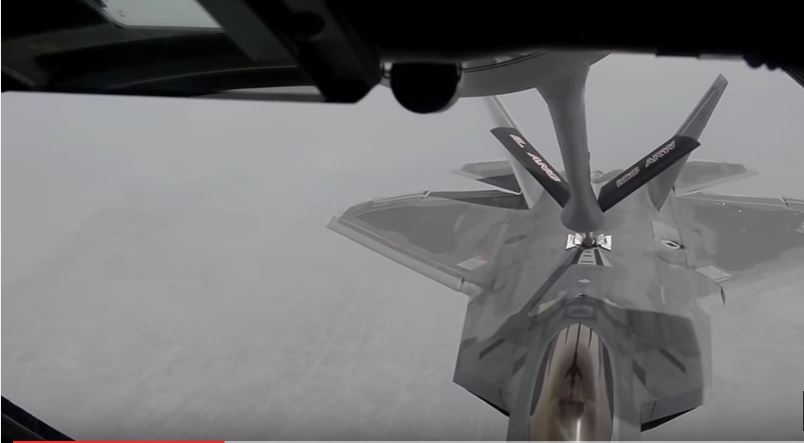