Seventy five years ago, sixteen B-25B Mitchell medium bombers were launched without a fighter escort from the U.S. Navy’s aircraft carrier USS Hornet (CV-8) deep in the Western Pacific Ocean. The plan called for them to bomb military targets in Japan, in what came to be known as the Doolittle Raid.

Also known as the Tokyo Raid, on April 18, 1942, the air raid by the U.S. forces in the Pacific hit the Japanese capital, Tokyo, and other places on the island of Honshu during World War II, becoming the first one to strike the Japanese Home Islands. It demonstrated that Japan itself was vulnerable to American air attack and served as retaliation for the Japanese attack on Pearl Harbor on December 7, 1941. It also provided an important boost to American morale.

This footage of B25s taking off from Grimes Field in Urbana Ohio to take part in the Anniversary of Doolittle’s Raid being held at the USAF Museum in Dayton, Ohio pays homage to the brave men who took part on that impressive attack. This video is of their taking off from Grimes Field starting at 7:00 a.m. with one plane taking off every 90 seconds. Once aloft, the planes formed up for a fly-over in Dayton where surviving members of the famous 1942 B25 raid over Japan. 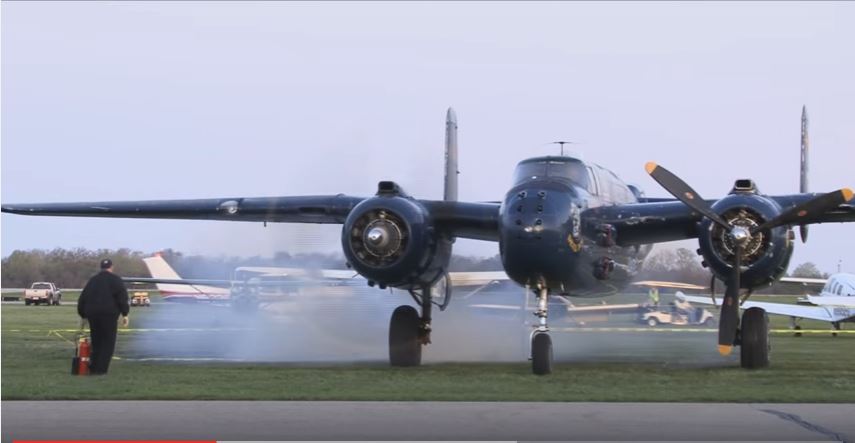 Check out the great footage for yourself below: